The biopic about the late Kurt Cobain, Montage of Heck, already premiered at Sundance this January and will hit theaters worldwide later this year.

It was reported that a never before heard 12 minute long acoustic performance of Cobain was featured in the soundtrack. Brett Morgen, the director, claims that the “new” old performance of Nirvana’s late frontman is “mind blowing”. 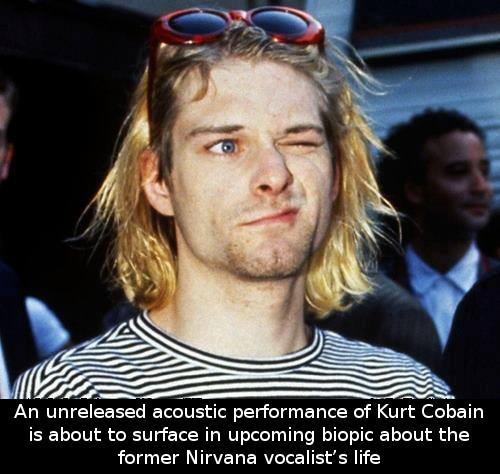 Furthermore, the movie’s director confirmed that the soundtrack of the documentary will feature more than one never-before heard tracks recorded by Cobain. Apart from that, the movie will show tons of unreleased and unseen footage from the musician’s personal archives – artwork, home movies, demos, songbooks and so much more. His daughter, Frances, is the executive producer, while the biopic is named after one of Cobain’s old mixtapes – Montage of Heck.
Courtney Love, Cobain’s widow, also got to have a say in the biopic. Earlier this year she even took legal action against one Internet user, who posted a track allegedly recorded by Nirvana on YouTube. The unreleased song was called Flaccid Bone, but Love stated that it was fake, although the user claimed that it was taken from Courtney’s personal archive and was recorded in the 90s.