John Michael chrichton was born to a journalist father and a loving mother. He was raised in New York and since a very young age, he showed a great interest in writing. When he was just 14 years of age, he had a travel column published in the well known, New York Times. That’s an amazing accomplishment for anybody, let alone a 14 year old. His plan was always to become a writer. He started college in 1960 at Harvard College. 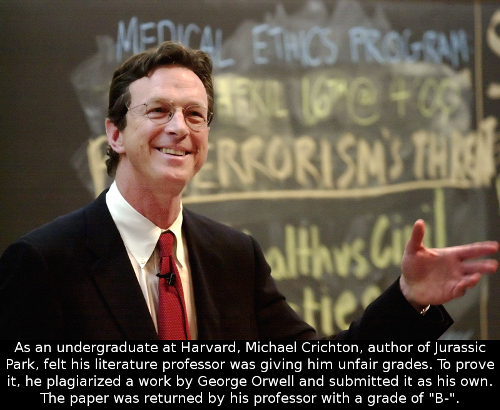 While studying for his undergraduate in literature, he started an expire mentioned to out a teacher that he thought was giving him crazy low scores and showing criticism toward his style of literature.