Chris Brown has managed to stay out of the headlines (at least the positive ones) for a short period of time, but he is surfacing once again. The media is going crazy over the fact that he has a secret love child with some “video model”. The woman in question, Nia Guzman-Amey, had an affair with the 25 year old rapper while she was married to her ex-husband. 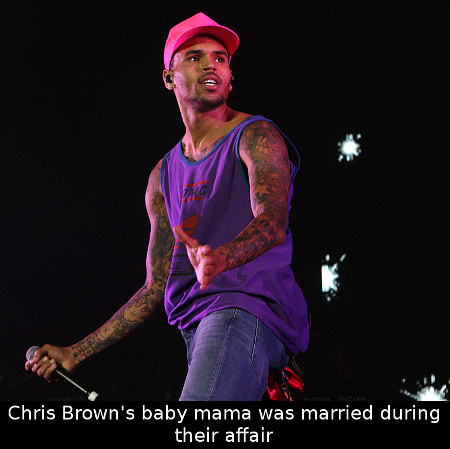 Before she had Chris’ secret daughter, she bore another daughter 13 years ago. Fortunately, she wants the two girls to grow up together. Unfortunately, the news of the affair destroyed the model’s marriage. Her ex-husband didn’t even know that his former partner has had an affair with Brown up until recently. On the other hand, the news of this baby broke off the relationship between Brown and his on-again off-again girlfriend Karrueche Tran. She even took her sorrows to Twitter and stated that she wishes Chris and his family “the best of luck” and that she doesn’t want any “baby drama” in her life.

Brown hasn’t confirmed anything officially, although some sources claim that he has known about his daughter for quite some time and that he has some sort of a child support agreement with the mother.