When you take a look at Cybill Shepherd’s personal and professional life, you’d think she has it all. She used to date all the gorgeous movie stars when she was younger (and they were, too), she has three kids, and she’s engaged to her longtime boyfriend Andrei Nikolajevic. Apart from that, she also starred in big Hollywood productions such as The Heartbreak Kid, Taxi Driver, The Last Picture Show, The L World and Psych. She even dated Elvis Presley back in the 1970s! 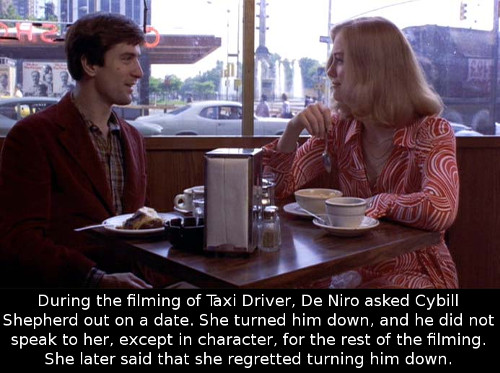 Her autobiography revealed some more interesting facts about her personal life. Robert De Niro asked her out when they were filming Taxi Driver in the 1970s, but Cybill decided to turn him down. De Niro got so offended that he refused to speak to her, making an exception only when they were in character, and she utterly regretted her decision to turn him down. Nevertheless, he never spoke to her again. Apart from that, she also turned down Jack Nicholson and Stan Getz and Bruce Willis, but had affairs with Don Johnson, Charles Grodin, and Peter Bogdanovich.

She was married twice – to an auto shop salesman and nightclub animator named David Ford and to a chiropractor named Bruce Oppenheim, but both of her marriages didn’t last long.