We all love Oreos – with or without milk. But did you know that they are actually older than your grandmother? Oreos were first introduced on the market back in the distant 1912. They were manufactured by Nabisco in New York and didn’t come in the famous packages we know today. 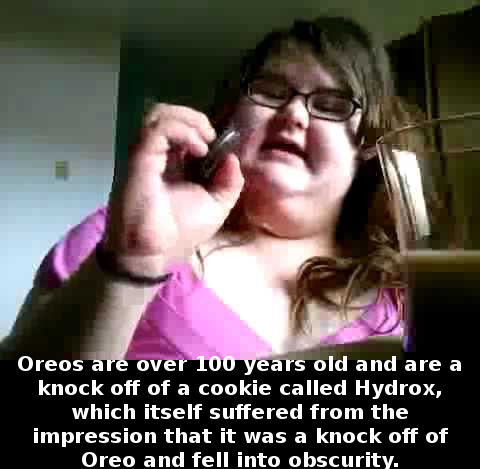 The very first Oreo cookie was sold on the 6th of March 1912 and it didn’t have the present-day design yet (the design concept was developed back in 1952). Not only are Oreos more than 100 years old, but they’re also a knock off of the Hydrox cookies. Hydrox was introduced on the market 4 years before Oreos and weren’t that much different from the Oreo cookies. In fact, they were also chocolate sandwich cookies with crème filling, although they were crunchier and less-suitable for being dipped in milk. Oreos became so popular that they outshone Hydrox in no time and the latter product suffered from the false impression that it was copying Oreos and not the other way around.

Eventually, Hydrox was removed from the market in the early 2000s, while Oreos, on the other hand, are still the most popular cookies not only in the US, but on the entire planet.