An elderly couple, who has been married for 73 years, died with only a couple of minutes apart from each other.

They lived together and they died together. This couple’s epic love story shows how these two lovebirds were inseparable even in death. 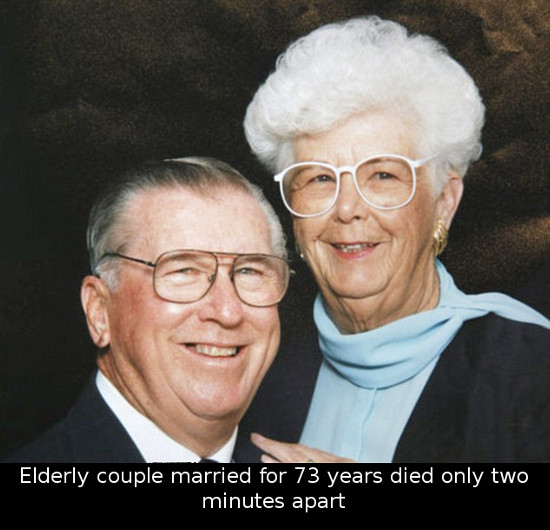 William Wilson met his wife Lillian Karr Wilson back when the two of them were still in their childhood years. They met in their teen years and bonded over their mutual passion for athletics. They started dating in high school and remained together for the rest of their lives. They met every single setback life threw at their direction over the past decades. In fact, they even ran off from their families in order to get married. Even the World War II couldn’t separate them. William was deployed to Germany at that time, but he survived and the high school sweethearts reunited once again after the war was over. Shortly after the war was over the couple settled down and William started working as a retail manager.
William and Lillian both developed Alzheimer’s disease and were placed in separate nursing homes to be cared after. Their son, Doug Wilson, received a call earlier this April from one of the nursing homes, which stated that his father had passed away. A couple of minutes later Doug received another call, this time from Lillian’s nursing facility, indicating that his mom has died as well. William had died at the age of 93, while Lillian had been 89 at the time of their passing.

Despite the fact that they had been separated in two different facilities located in Lexington and Wilmore, Kentucky, US, they managed to stay married for 73 years. They died only a couple of minutes apart from each other.