Home » Did you know that ‘Game of Thrones’ Episodes Leaked Before…

Games of Thrones is possibly one of the most eagerly anticipated TV shows at this time. Especially with Season Five having just premiered! After watching the first episode, you are probably even more excited about what happens next! Well, stop being excited, and go watch them! 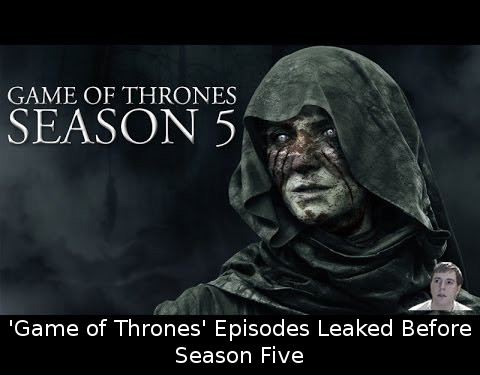 Out of the ten episodes in this season, four of them have been made available on the internet, for anyone with an internet connection to get! However, if you’re the POTUS, or someone similar who can’t be seen to do anything illegal, you’re going to have to hold off, as these are only available on illegal torrent sites – make sure you don’t let that slip at your next dinner Mr President!

However, not many are worried about this illegal activity, with the four episodes being viewed hundreds of thousands of times already!

We can all remember the Sony hack which happened last year, leaking upcoming movies and information, but this wasn’t like that! The HBO network was reportedly not attacked, but rather from a group, previously approved by the network, as being able to view them before the release, as critics or reviewers.

Sadly, it seems the leaked four episodes of the upcoming season of Game of Thrones originated from within a group approved by HBO to receive them. We’re actively assessing how this breach occurred.

There is no news on who could’ve leaked these though, and when asked about watermarked videos to find out exactly whom did it, HBO declined to answer, suggesting this could be something they overlooked.

With Game of Thrones a top download on many illegal torrent site, it’s no wonder that this was such a popular hit, especially with many from other countries wanting to watch it before official release at home. HBO even released this at the same time in 170 countries in an effort to stop so much piracy happening, but with the release of the next three episodes in the series already out, maybe the viewing figures won’t be as high as they’d hoped!

Obviously for legal reasons, we are unable to share with you the link, but you’ll be able to find them very easily just by googling! Not sure how great the quality is though!