It’s been a couple of weeks now, since the devastating crash of the Germanwings plane in the French Alps. Many theories have come out about what happened. First there was a possibility of the pilots being unconscious and a de-pressurisation. Then it could’ve been terrorism. Then it was revealed Andreas Lubitz, the co-pilot purposefully crashed it as a suicide act. Now, it’s thought the plane may have been hacked. 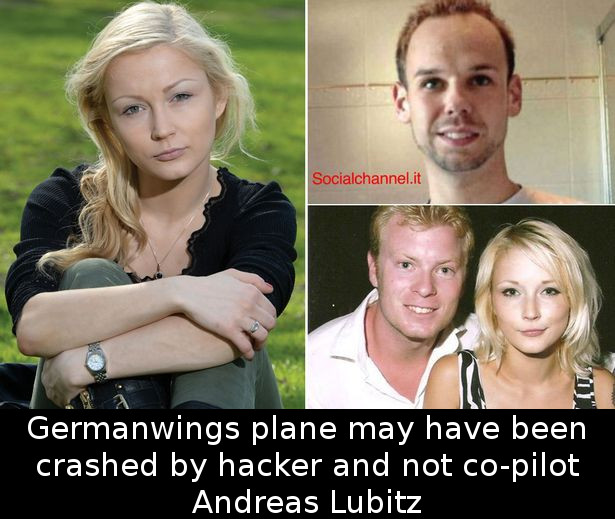 The President of Indigo Aerospace, Matt Andersson, has supposedly spoken to the Financial Times, and said that it could’ve been that the plane was hacked, instead of it being done by Lubitz.

…it could be from any number of causes, including external electronic hacking into the aircraft’s control and navigation systems through malware or electromagnetic interception

In actual fact, all high profile airplanes, including head of state, and military airplanes are protected against such attacks, whilst civilian planes are not. This begs the question, if those airplanes need it, then why shouldn’t civilian planes have the same protection. After all, they can be carrying hundreds of civilians on board at any time.

Criticism has also been aimed at the investigation, as there has been massive blame placed on the co pilot, whilst the investigation is not yet over, and it’s said that we should all be waiting patiently, without judgement.

It was French prosecutors who let slip about the voice box recording showed that it was Lubitz who intentionally crashed the plane into the mountain, when this should probably not have been released so soon. Since this, a much larger proportion of the investigation has been placed on investigating Lubitz’s past, in particular his depression, and whether this was the cause of the crash.


It’s believed that the investigation should be much more impartial, and without judgement, at least until any other reasons for the unexpected crash can be confirmed, or ruled out.