Tom Cruise is a member of the Church Of Scientology and social programs that go along with that. It was in 1990 through his first wife, Mimi Rogers that Tom Cruise became involved in Scientology. He says he had dyslexia which was diagnosed when he was very young and Scientology helped him get over his dyslexia. 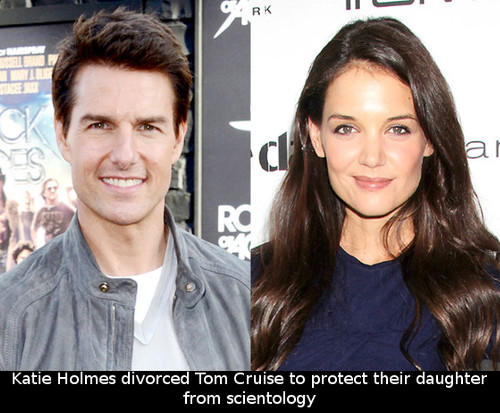 Tom Cruise caused an uproar of controversy in January of 2004 by making the bold statement “I this psychiatry should be outlawed.” He believes that psychiatry is a form of pseudoscience. Scientology is well known for opposing psychiatrys mainstream and the drugs that are usually prescribed by psychiatrists.

On January 15, 2008 YouTube was presented with a video, produced by the Church of Scientology. The video showed Tom Cruise telling the camera what being a Scientologist really means to him. According to the Church of Scientology, the video was “pirated and edited.” YouTube took the video down after receiving threats of ligation. The claim was investigated by YouTube and found that the video did not, in fact, breach any copyright laws, as covered in the fair use clause. It was then put back up on YouTube. As of January 2014 the video had been watched over 9 million times.

Tom Cruise admitted in 2013, that his ex-wife, Katie Holmes divorced him because she wanted to protect their daughter from Scientology, among other reasons. Their daughter is no longer a member of the Church of Scientology.