Leo DiCaprio, also known as the man who can never win an Oscar regardless of how many times he gets nominated (for best actor, producer and best supporting role), is without a doubt a spectacular actor.

The 40 year old, who made a name for himself after starring in box office motions pictures like Titanic, Catch Me if You Can, The Aviator and Blood Diamond, has been making headlines recently and for a good reason. 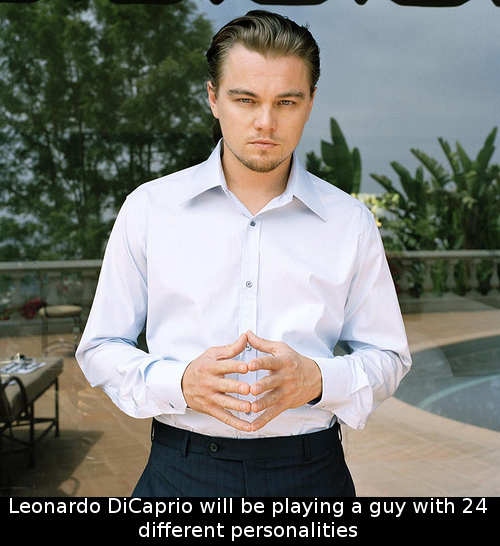 He’ll be starring in a drama movie called The Crowded Room, in which he will be portraying a guy, who has 24 different personalities. He’ll be playing Billy Milligan – who successfully managed to use the multiple personality disorder as a defense technique in court. The biopic will be based on “The Minds of Billy Milligan” book by Daniel Keyes. According to official reports, DiCaprio has had his eye set on the project for nearly twenty years and now he’s finally landed the role. The project sounds like it could be a potential winner and it just might land DiCaprio his very first Academy Award.
In the meantime, he’ll be starring in another drama called The Revenant next to Tom Hardy, which is set to hit theaters in January 2016.