Unlike the utopian future depicted in Elysium, this heavenly place is about to be located underground and not in outer space. According to official reports, New York is making plans on building the very first underground city on the planet. 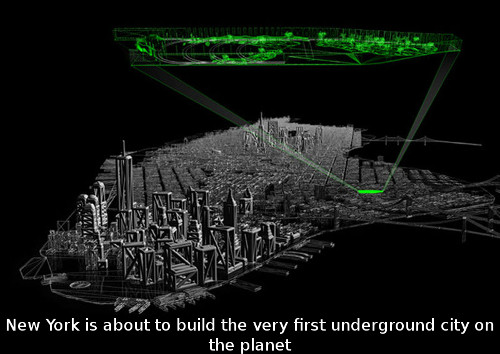 The city is actually a park filled with trees, grass and other sorts of flora, which will exist beneath the streets of Manhattan. The project is called Lowline and it’s already in the process of gathering capital and finalizing the paperwork. The underground park will be located on Manhattan’s Lower East Side and it will be lit by actual sunlight. The technology for such incredible results already exists – fiber optics, which were tested back in 2012. Direct sunlight is gathered by a reflective parabola, it is then directed into a fiberoptic caple (helio tube). The tube directs the sunlight towards a “dome”, which channels it towards the flora under the city’s streets.

Unfortunately, the project has to be financed and has to be approved by the MTA and the city’s council. Fortunately, the people standing behind Lowline are positive about the future of the project. They believe that by 2018 the park will be up and running for people to enjoy.