It’s no secret that Paul Walker, Vin Diesel and other stars from the Fast & Furious movie franchise were very close friends. Since the crash though, this hasn’t changed, with Paul Walker’s 16 year old daughter showing to the world through her Instagram, that they’re still close together! Walker would’ve definitely loved to be there! 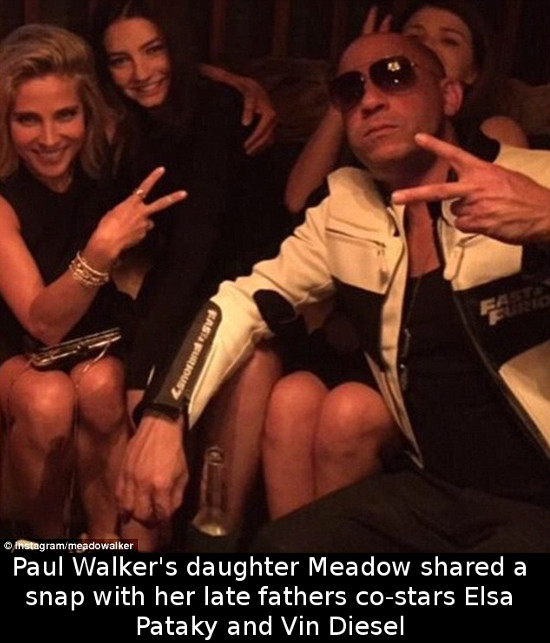 One of the big themes throughout this massive franchise has been close family, and so it’s no surprise that Walker’s daughter was the only beneficiary of his fortune, and that she has now, since his early death, come closer to his co-stars.

She’s really in a great space. She’s really focused on her education and just spending a lot of quality time with her friends. That brings her a lot of joy.

This picture was released not long after we find out that Vin Diesel has also named his newly born daughter, Paula, after his late friend, Paul Walker.

The premiere has just gone, and it’s said that there were masses of fans eagerly waiting to see the stars of the film, and apprenhensively awaiting the big release of the 7th in the franchise.

This movie is more than a movie. You’ll feel it when you see it. Something emotional happens to you.

So far, it has made a new record of $384 million for the global debut, with the largest worldwide open in Universal’s history. It’s no surprise though, as this has probably been the most eagerly awaited release for the past year.