Pharrell Williams and Robin Thicke lost $7.4 million in the court case regarding plagiarism. Back in 2013 Blurred Lines by Pharrell Williams, Robin Thicke and T.I. became one of the greatest hits of the year. The family of the late musician Marvin Gaye claimed that Blurred Lines was a rip-off of Gaye’s Got To Give It Up from 1977. Williams, Thicke and T.I. tried to sue the family of the late Gaye for making false claims. What followed were nearly two years of court cases and tons of lawsuits filed from both of the parties. 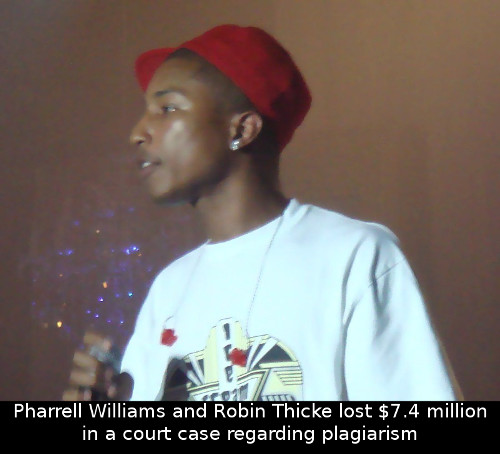 Earlier this March the court finally made a decision on the matter of who’s wrong and who’s right. Gaye’s family (siblings Frankie, Nona and Marvin) was requesting a total of $40 million, even though Thicke and Farrell had earned just over $5 million each from the hit single, so the three siblings reduced their initial claim to $25 million. The court decided that they should receive a total of $7.4 million. Furthermore, the judge ruled that T.I. wasn’t guilty of any copyright infringement as well as the musician’s record label.

Pharrell and Thicke, on the other hand, aren’t done just yet. Their representatives have stated that the two musicians will try to appeal the court’s decision and continue fighting this ongoing battle.