Doesn’t it sound like a post-apocalyptic sci-fi movie?  By the looks of it, we’re heading towards a dystopian future, in which robotic armies will serve justice and control the law breaching on the streets. According to official reports, we might even face the very first robotic police officer as soon as 2016. That’s right, robot cops might be patrolling the streets in the US next year. 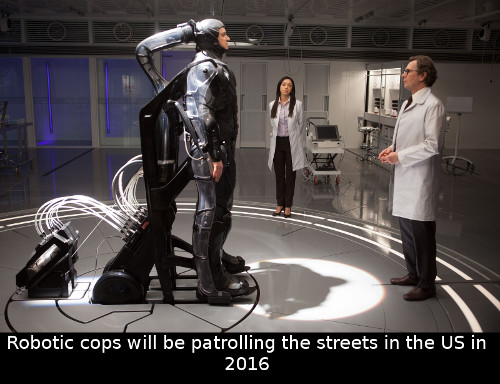 Thanks to the Florida International University’s Discovery Lab, the Telebot is on its way. The Telebot is a 6-feet tall police robot designed to hand out parking tickets and to scan the streets for any law breaching. The robot’s intimidating exterior is designed to make the person, who isn’t abiding the law, uneasy and to strike a sense of authority in him/her.
The robot is currently undergoing its final phases and has already been filed tested. It will be controlled by a human police officer with the help of motion tracking gloves, vest and arm bands as well as an Oculus Rift headset. The human policeman will be able to speak to the unfortunate people standing in front of the robot through the Telebot. And as if this doesn’t sound terrifying enough, the robot will have dexterous finders and a swiveling head.