If you thought Cristiano Ronaldo was one of those down to Earth modest celebrities, you were wrong. According to official reports, Real Madrid’s super star has hired a hair dresser, who will have to maintain his was figure’s hair. That’s right, the 30 year old footballer has hired a stylist not for him, but for his was figure. 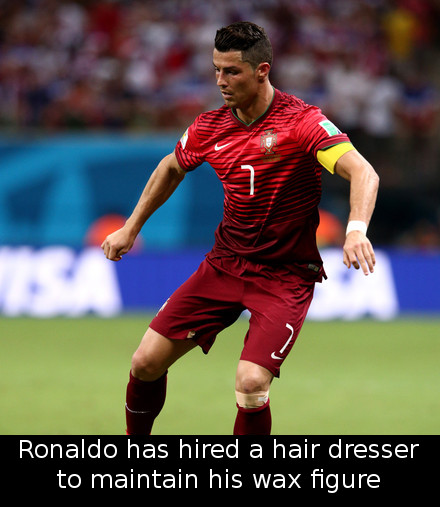 The wax dummy is located at the CR7 Museum – the star’s personal trophy museum, which opened in Madeira, Portugal, back in 2013. It’s filled with more than 140 items, one of which is the wax figure. According to the reports, the figure’s hair isn’t made of wax and it’s not even a wig – it’s real human hair, which comes from India. In order for the wax dummy to look perfect at all times, Ronaldo has hired a professional hair stylist to visit the museum once a month and fix the figure’s hair. It’s not clear if the stylist will have to only brush the hair or if he’ll have to style some specific hairdos, but one thing is for sure – Cristiano Ronaldo is far from modest!