50 cent is an American rapper who has net worth of $260m. He earn his fortune from deals and of course record sells. 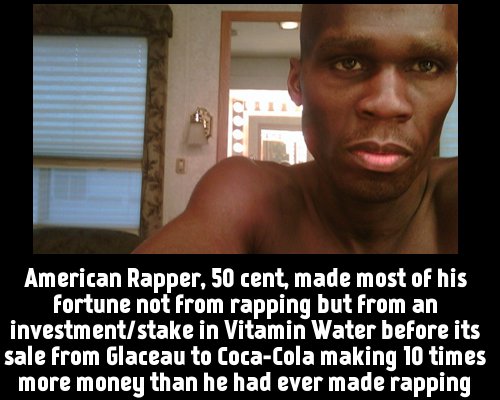 One of his greatest investments is that he negotiated 2.5% from Vitamin Water for being their celebrity spokesman. Later, when Coca Cola bought the company for $4.1 billion, he earned $100-150m off the sale. More than he ever made from rapping