Earlier this March several reports about a deadly shooting in Lil Wayne’s Miami estate surfaced the web. As it turns out, there was absolutely no shooting in the rapper’s home.

It all started when an anonymous person called the local police to say that he had shot a total of four people in Lil Wayne’s house in Miami, Florida. The alarmed police gathered all their forces, including a SWAT team and even a qualified hostage negotiator. The drama was quickly reported on the local media and Twitter. The police surrounded the estate for several hours before the SWAT team finally inspected every single corner of the building and found that there was absolutely nothing out of order. It was later reported that the whole deal was a “swatting” call made by an anonymous caller. 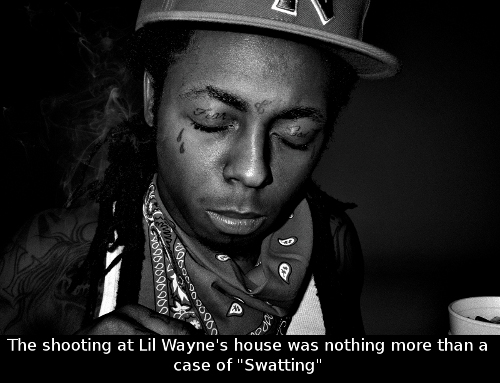 Dwayne Michael Carter Jr., which is the real name of the 32 year old rapper, wasn’t even present in his home at that time. He snapped a picture of himself and later uploaded it to his Instagram account just to clarify that he’s alive and well. It’s unclear if the caller was just a bored prankster or some crazy Lil Wayne fan.