Back in 2012 Jay Z had his first child with his wife Beyoncé – a daughter they named Ivy Blue Carter. However, back in 2010 a Philadelphia woman sued Jay Z, alleging that he is the father of her child – a boy, born before the rapper even met Beyonce. 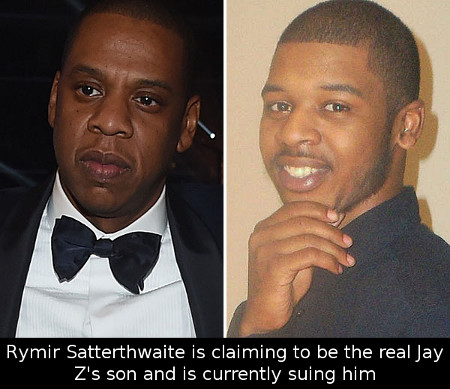 Wanda, the woman in question, claims that she met Jay Z before the rapper became famous. In 1993 – three years before Shawn Corey Carter (Jay Z’s real name) released his debut album – Wanda bore a baby boy and named him Rymir Satterthwaite. She sued Jay Z in 2010 for paternity and tried to obtain a paternity test, but his crew won the court case. Nowadays 21 year old Rymir is also suing the 45 year old rapper. The young man, who is now living in Blackwood, Camden County, filed the lawsuit in December 2014. He has also set up a crowdfunding page on Fundly.com and is hoping to raise a total of $75,000 for his college tuition, wisdom teeth removal surgery and most of all – court expenses.
Rymir is also trying to become a rapper. He has already released one single on YouTube and is claiming that “rapping is in his blood”.