Have you ever wondered what it would feel like to be dead? Well, this guy has actually experienced the feeling – not only once, but twice!

An unnamed Internet user died twice for about a couple of minutes and returned back to the living after undergoing two fatal accidents. The man took his story to Reddit and explained that he had two misfortunate accidents – one involving a motorcycle crash and one involving a painkillers overdose. 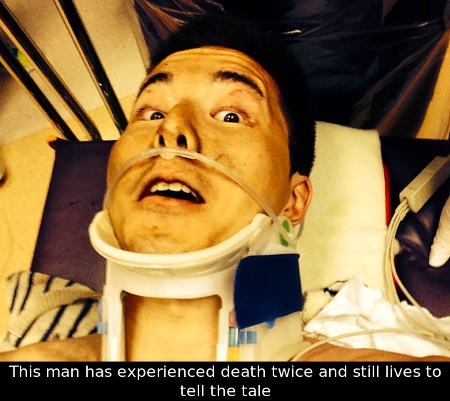 After the first accident the man’s body shut down and he was dead for a couple of minutes before he came back to life to the doctors’ shock. The second time the guy’s respiratory system just stopped functioning thanks to the “intense amount of painkillers” he took once. He explained that both times he just lost consciousness and awareness of the world around him. He compared his deaths as a “short and dreamless nap”. He didn’t see his life pass before his eyes, nor a light at the end of the tunnel – contrary to the popular beliefs. In fact, he realized he was dead twice only after the doctors told him so.
He states that he wants to use his story in order to help people see there’s nothing to fear when it comes to dying.