Sue Lamb’s incredible story is making headlines all around the web! Lamb, who’s a 49 year old woman from Gold Coast, Australia, withdrew some money from her credit card earlier this month. Her credit card was connected to a business account and the receipt from the ATM was supposed to show Lamb her remaining spending limit. However, the receipt showed that Lamb had a $10 million limit instead of the $50,000 she had signed up for. 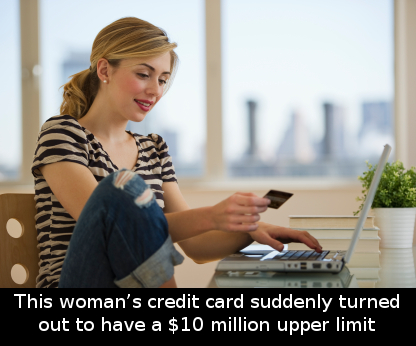 The amazed woman shared a snapshot of the receipt on the social media and became headline material shortly after that. Local news agencies contacted Lamb’s bank in order to try to solve the mysterious $10 million limit. A spokesperson for the bank commented on the case stating that the amount shown on the receipt is not the available funds Lamb has in her account. In fact, the numbers were the monthly spending limit, which the bank offers. Since most of their small business clients don’t set up a fixed monthly spending limit, the woman had seen the largest available upper limit.
The ATM receipt shouldn’t have shown those numbers, only the remaining sum from the $50,000 from the woman’s available funds, since she can’t really access $10 million. Somehow the bank has decided to charge her additional $7,500, even though she reported the error. Lamb is currently sorting things out with the bank’s officials.