Back in 2013 the traffic lights in Newark, New Jersey, malfunctioned and the light stopped for several hours on one of the busiest and most dangerous roads in the city.

Fortunately, two men saved the day by navigating the drivers for nearly 3 hours. 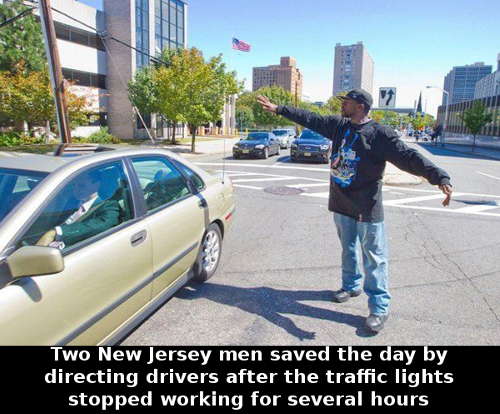 In September 2013 a total of 4 traffic lights on a crossroads in Newark stopped working. Ernest Manning, a Samaritan, decided to call the police and the traffic signals officials. Unfortunately, his calls didn’t work, so he jumped between the cars and started navigating the drivers and the pedestrians. Many drivers yelled for gratitude, but no one stopped to help Manning. At some point one of the locals, Luther Russell, stepped in to help Manning. The two men continued waving at the countless cars and pedestrians until Russell had to leave. Manning, on the other hand, continued navigating the busy traffic for nearly 3 hours.
When the local authorities finally arrived at the scene, a policeman explained that nobody had called him before and that he had just received the emergency call, although Manning and many other people called in to report the traffic light malfunction. Fortunately, nobody got hurt.