Most of you will probably have heard of Will Smith, famous for his acting and rapping. Of his great successes, ‘I Am Legend’ and ‘Men in Black’ are definitely up there. But there may be some aspects to his life, that you don’t know about. 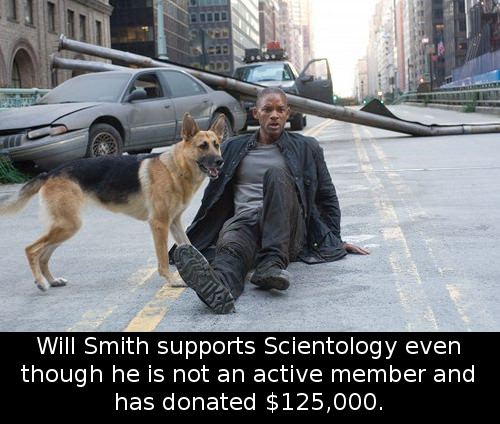 Although Smith is not a religious person, as said by himself, he was brought up by his parents in a Baptist family, and he also went to Catholic school. Now, he speaks highly of Scientology, and he has actually had to deny it when some have said that he is in the Church of Scientology.

I just think a lot of the ideas in Scientology are brilliant and revolutionary and non-religious.

Of all of Smith’s givings over the years, he has donated $1.3 million in 2007, to charities, and $450,000 of that went to Christian ministries, and actually, he put $122,500 towards three different organisations specialising in Scientology. He also gave money to a mosque in LA, a memorial centre in Israel, as well as other schools and churches, all Christian based.

According to the tax records, in 2010, he gave $1.2 million to a school, New Village Leadership Academy, whom he and his wife founded in California.a