Back in 2006, before Harry Potter and the Order of the Phoenix wasn’t even in theaters yet, rumors started flying around the Internet that the then 16 year old actress won’t return for the rest of the movies. 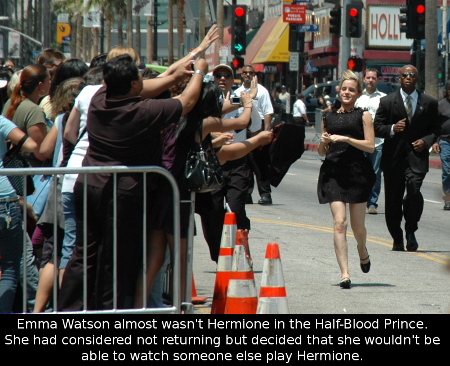 At that point even the producers thought they would have to seek a new Hermione for the Half-Blood Prince and the Deathly Hallows, although David Heyman believed everything would work itself out.
Watson stated that she wasn’t sure portraying Hermione would be the best choice for her. Fortunately, she realized there were more advantages than disadvantages to signing up for the rest of the franchise. She stated that one of the cons was that each movie took lots of shooting time. However, many people claimed that her actions were only a publicity stunt to get the production company to raise her paycheck.
After all, she went from being paid $4 million for the 5th movie to earning $15 million for each of the last two movies.