When you think of Victorian daredevils, the name Annie Edson Taylor doesn’t usually ring a bell, but it should. Taylor was a rare breed of daredevil who got into the game not for the thrills, but because she was trying to secure a future for herself in the uncertain world of Industrial Revolution America.

Taylor never had it easy. As a child, she was one of eight siblings. Her father passed away when she was young. Undeterred by his loss, Taylor began studying to become a teacher as soon as she was old enough. 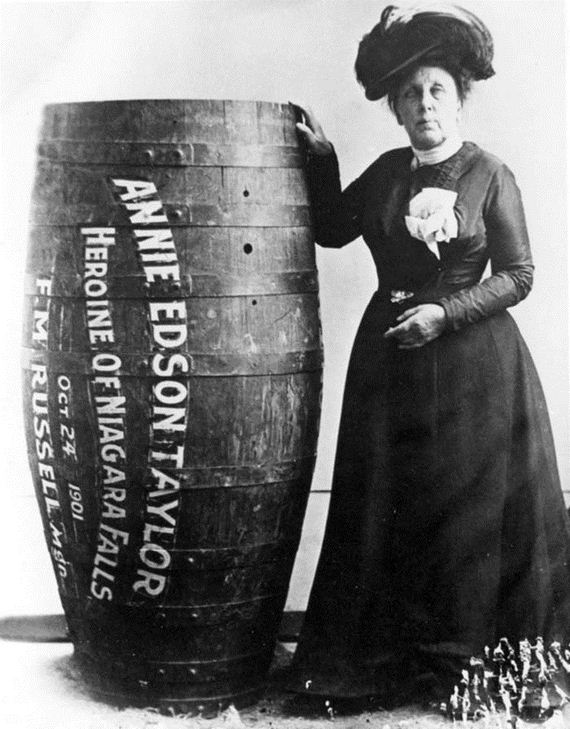 Taylor met her future husband during her studies, and the two were happy for some time. Sadly, the couple’s only child died in infancy, and Taylor’s husband passed away soon after. With a broken heart and few financial options, Taylor crossed the country. She took various jobs to support herself and secure her future.

Taylor eventually concluded that in order to avoid the poor house or the streets, she needed to do something dramatic to secure her fortunes. In 1901, she had an idea: she would perform a massive daredevil stunt by going over Niagara Falls in a barrel 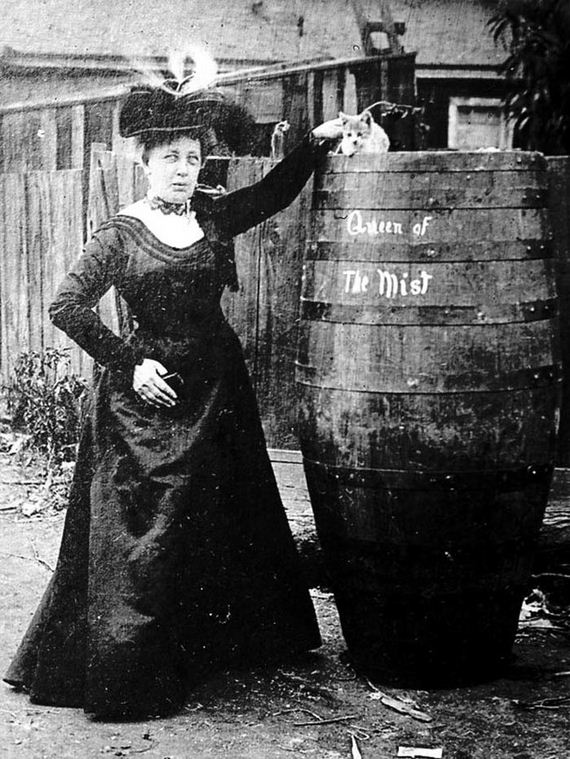 Taylor singed with an agent, Frank Russell, to make her dream a reality. The pair then began to work with public officials in Niagara Falls to secure permission for Taylor’s stunt. Officials only agreed to let Taylor attempt it after a test run with a cat inside a similar barrel. The cat survived with only a minor head wound, much to the surprise of the local government.

Two days after the test, it was Taylor’s turn to go over the falls. 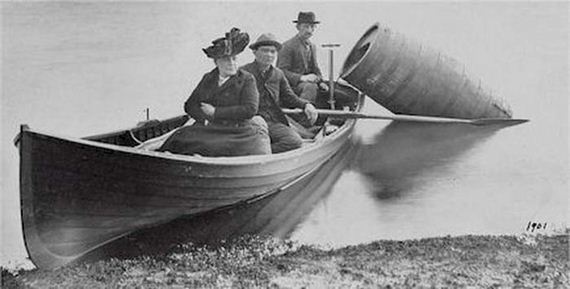 The barrel Taylor rode in was around 4.5 feet high and 3 feet wide. The barrel’s inside was padded to avoid blunt force trauma upon landing.

A crew secured Taylor in the barrel and pressurized the inside with a bicycle pump. There was also a 200-pound weight on the bottom to keep the barrel upright. The barrel was then placed in the river and guided to the edge. Thousands of people turned out to watch as Taylor went over the treacherous falls. The crowd held their breath for 20 minutes, waiting to see if she actually survived.

Suddenly, there she was! Taylor was briefly knocked unconscious when the barrel went over the drop, but she survived with nothing more than a small gash on her forehead. 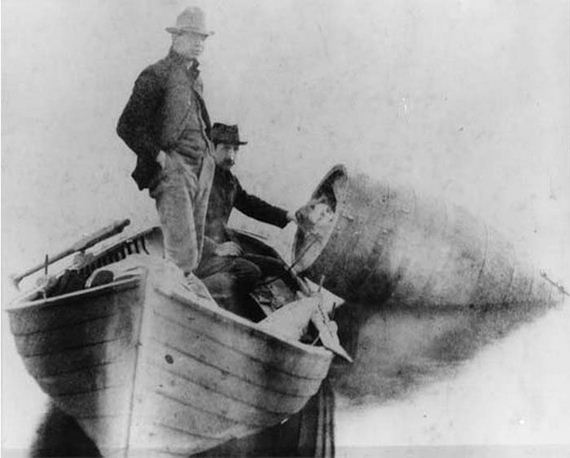 “I prayed every second I was in the barrel except for a few seconds after the fall when I went unconscious,” Taylor told reporters. “Nobody ought ever to do that again. If it was with my dying breath, I would caution anyone against attempting the feat. I would sooner walk up to the mouth of a cannon, knowing it was going to blow me to pieces than make another trip over the Fall.” 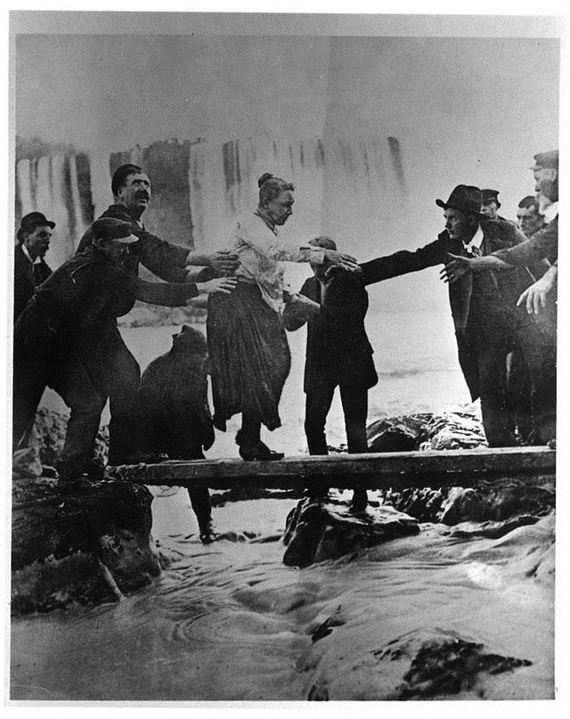 However, just as things looked like they were starting to go Taylor’s way, her agent immediately betrayed her. Russell stole the barrel Taylor used to go over the falls shortly after her stunt. 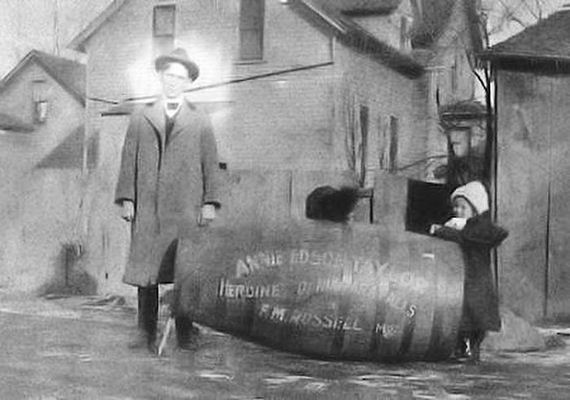 Russell then began traveling the country reaping the rewards of Taylor’s hard work. He rewrote Taylor’s story, saying that a younger woman went over the falls. Taylor then spent the next few years and almost all of her entire life savings trying to track down Russell, but to no avail.

Taylor tried to reclaim her fame over the next few years. She went over the Cararact Falls in 1906, but no one paid much attention this time around. 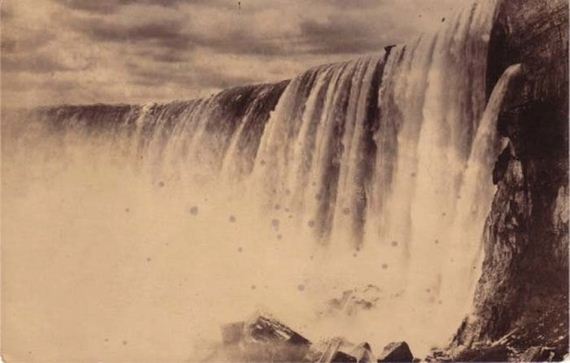 In a final effort to stave off poverty, Taylor set up a souvenir shop in Niagara Falls. She spent the final years of her life signing autographs, posing for photos with tourists, and selling replica barrels.

I think we can all identify with Taylor and her struggle for a secure future. No one is quite sure what happened to Russell, but hopefully he got what was coming to him after swindling Taylor out of her earnings. Regardless, Taylor will go down in the history books as the first daredevil to tackle Niagara Falls.