This is one of those situations where it’s hard to imagine how exactly this happened. Still, the driver is lucky to have defied gravity and landed his car on this small rail. Not something you see everyday! 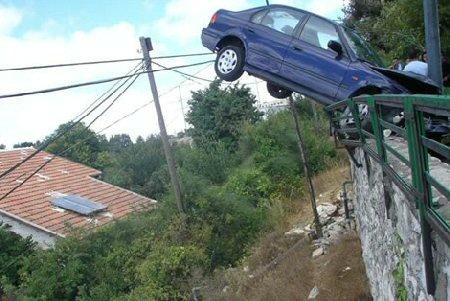 This man was amazingly able to survive a collision on Oregon’s I-84 that resulted in him being trapped between two semi trucks. “I [had] a bruised eye and a couple little cuts on my hand and nothing else,” the man said. 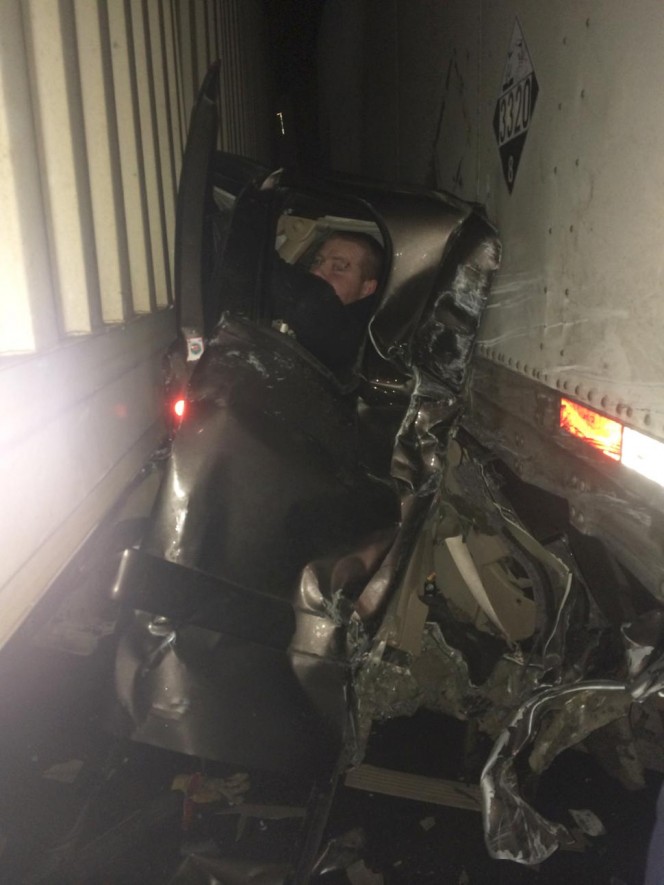 This might not have killed the person (unless they failed to get a tetanus shot!), but it’s still a mighty close call. That could have been a lot more painful—and a lot bloodier! Phew! 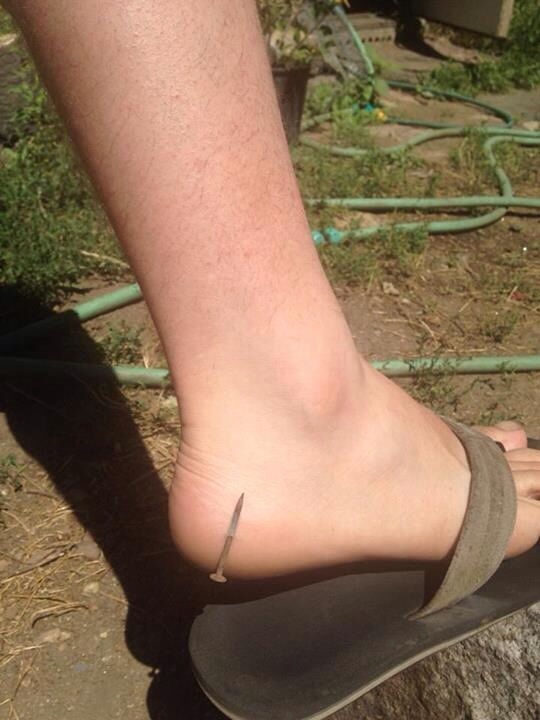 If this sinkhole, which opened up in China in June of 2010, had been just an inch or two bigger, this driver wouldn’t have been able to teeter on the edge of it. It was this close to being a tragedy! 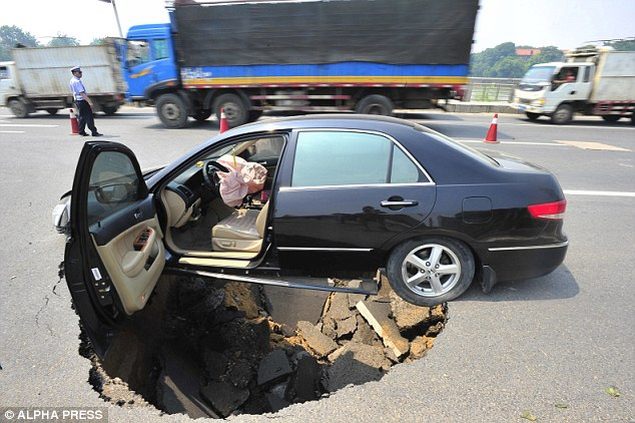 Those were so close, we wouldn’t blame you if your palms got a little sweaty just thinking about them. Maybe we all need to be a little more careful… or we could just pray we’re this lucky one day!

Share these ridiculously close calls with your friends below!