Driving is both an advantage and a great responsibility. And by the looks of it, learner drivers in the UK can’t fully grasp the latter.
Earlier this January Britannia, a London-based driving school, reported that lazy learner drivers have been paying doppelgangers to take the exams for them. According to the reports, there have been nearly 700 such cases in 2014 alone. However, the DVSA (the Drive and Vehicle Standards Agency) claims that there hasn’t been a raise in the numbers during the last few years. 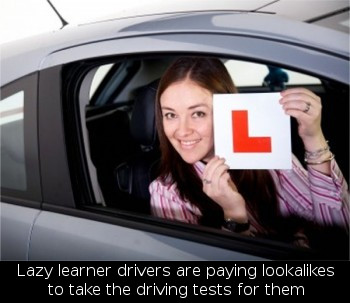 Nevertheless, the DVSA reports these cases as serious crimes. The novicee drivers pay lookalikes to take both their theory and driving tests for them. The lookalikes allegedly ask for up to £1,800 (more than $2,700 in USD) for the task, although some of the doppelgangers’ fees start from as cheap as £100 ($151 in USD).
The results from the investigations show that last year 97 people have had their driving licenses revoked, while 37 people have been jailed regarding the criminal offence. According to the reports, if these numbers don’t start dropping, the Brits might break the 2011-2012 record, when a total of 816 went to jail for the same crime.