Photographer Alexander Postalovsky makes frequent visits to the abandoned city of Pripyat. Pripyat, as you may recall, is the Ukrainian city that was evacuated abruptly after the Chernobyl nuclear disaster in 1986. The city has been slowly reclaimed by nature ever since. After visiting nine times to photograph the ruins, most of the artifacts left there don’t particularly move Postalovksy. Yet there are some things that choke him up a bit.
Since Pripyat was quickly abandoned, many of the residents’ personal items can still be found strewn about. 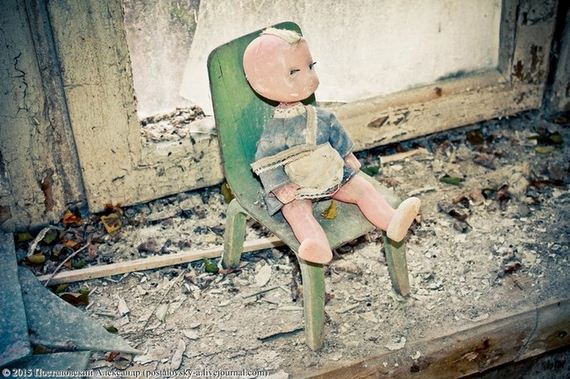 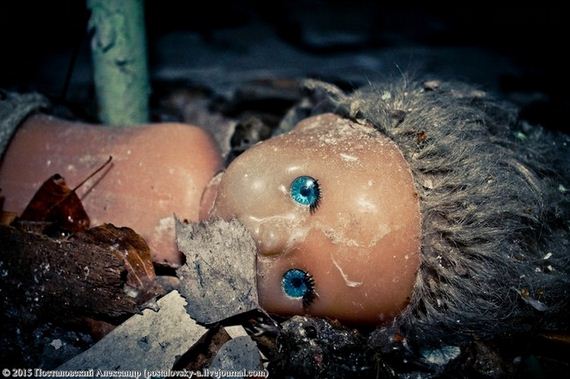 Many of the dolls can be found in the city’s kindergarten classrooms. These classrooms, with their desks, small beds, and other children’s items, are a favorite subject of many photographers. 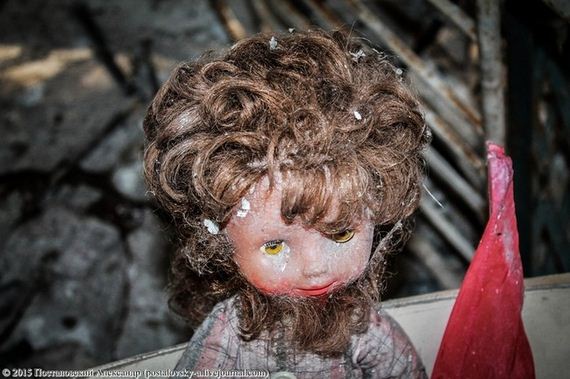 Postalovsky, in his descriptions, finds the dolls to be almost like looking into the faces of the children who loved them. 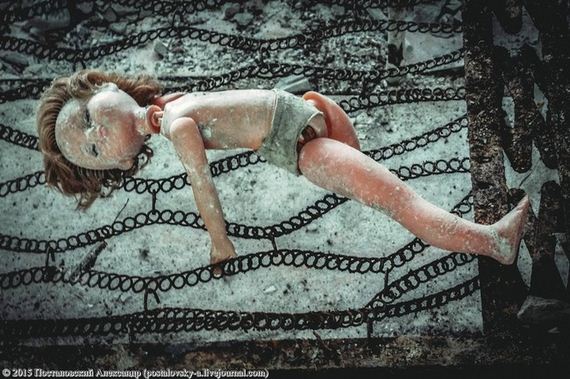 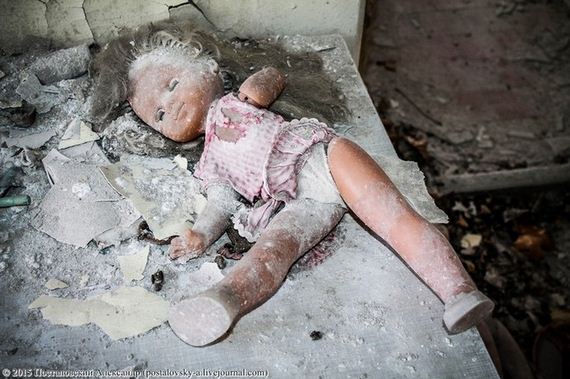 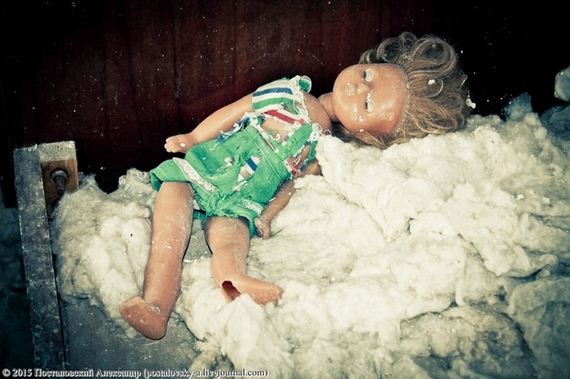 “Those dolls symbolize something that has been lost forever—the lost childhood,” Postalovsky says. “The open eyes of the dolls—they look at you and wait if you can change the things back, to the used and well-known routine.”
Postalovsky photographs the dolls as he finds them, without moving them from the places they’ve been lying for nearly 30 years. 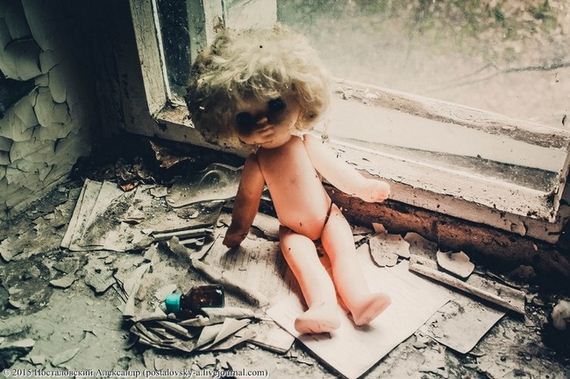 Their positions, their open or closed eyes, and their varying states of decay give each one a unique expression. 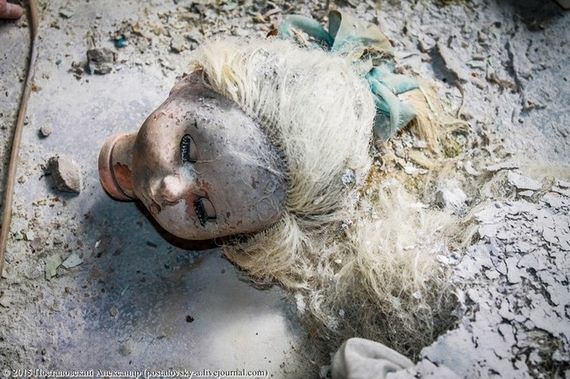 It’s as if each reacted differently to their fate. Some, we can imagine, have a look of desperation. Others look expectant, as though they’re waiting for a child to pick them up again. 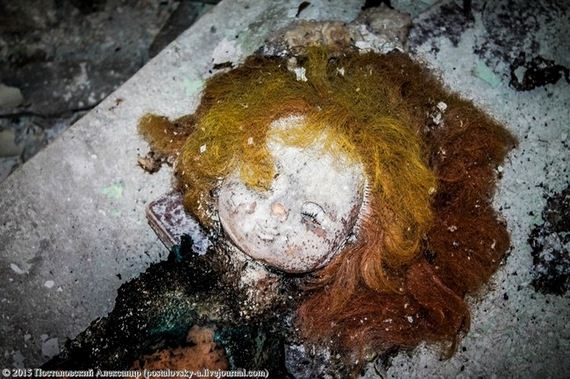 Still others look like they’ve accepted their fate and are quietly degrading back into the earth. 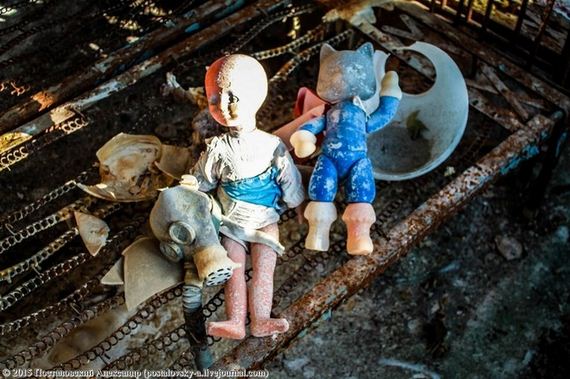 Postalovsky says that more than anything else, he finds the dolls to be a perfect symbol of Pripyat. They’re neither too specific, like some of the other personal artifacts he’s found, nor too general, like the overall reclamation of the city by nature. Of the dolls, he says:

“When you visit Pripyat, [one feels] most different emotions, associations, parallels, but for some reason looking into the eyes of ordinary children’s dolls, you feel some discomfort. I do not know why, probably because this is the subject [that] recalls that one day all this was thrown and forever left people without the possibility of returning to the past.”