When you renovate a building, a general rule to keep in mind is to know what you’re knocking down. A careless swing of the sledgehammer can result in damage to pipes, wiring, and load-bearing beams. Or, in the case of one house in 1960s Turkey, things could get just plain weird.

While redoing his house in 1963, a man in the Nevsehir Province of Turkey, in an area known as Cappadocia, knocked down a wall. He was probably not thinking that much of it. However, instead of seeing something expected, he found himself looking into a tunnel. 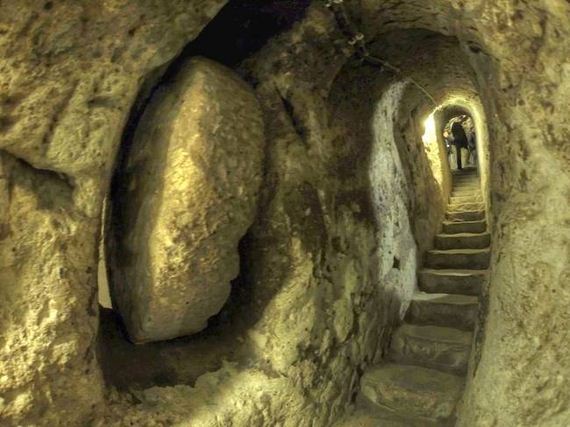 One of the many hidden tunnel entrances to Derinkuyu.

What he had found, unbeknownst to him at the time, was the ancient underground city of Derinkuyu. Derinkuyu was an entire city carved into the stone below Cappadocia, reaching some 60 meters down. It had 18 levels, and included residences, churches, food storage, wineries, and even a school. It was designed to house some 20,000 people as well as a number of livestock. It features vents to the surface and several discreet entrances like the tunnel found behind the wall. These hidden entrances suggest that the city was built as a precaution in order to shelter the population in times of war or natural disaster. 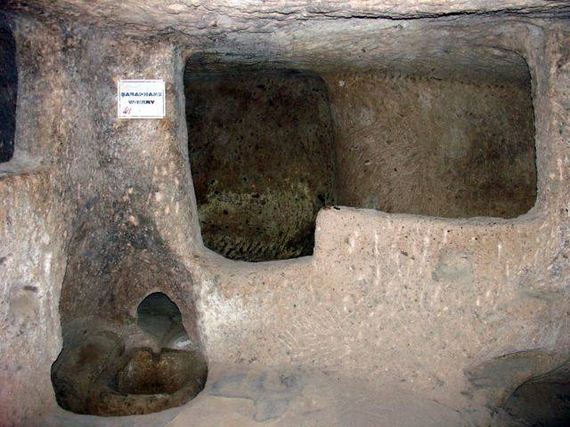 A Derinkuyu winery. The city was designed to support people for a long time. 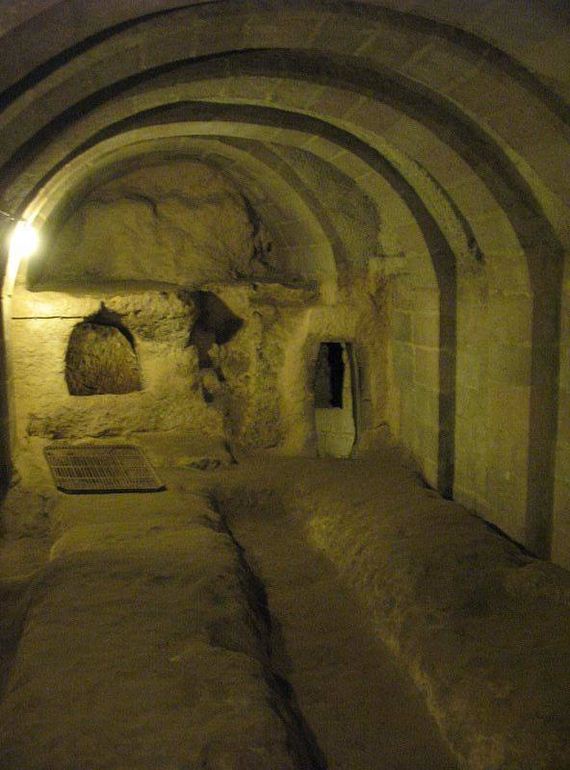 This large room with its vaulted ceiling was used as a religious school. The city of Derinkuyu was used by Christian populations from the early Middle Ages up until the early 20th century. 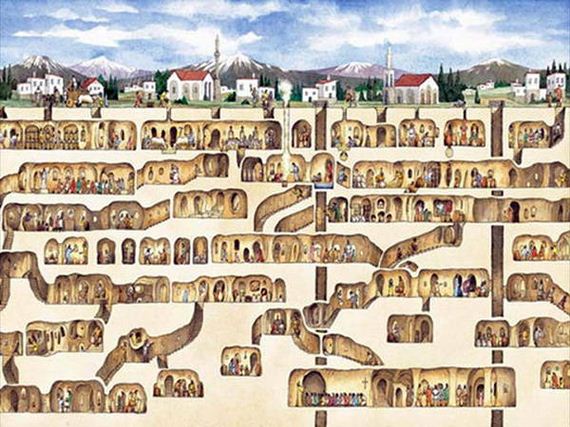 An illustration of an underground city like Derinkuyu. Note the church on the bottom level. Cities like this were used during times of Christian persecution, so religious items would be placed on the lowest levels for protection.

The elaborate subterranean city was connected via stairways and passages, and even connected to other underground cities through tunnels that stretched for miles. It’s thought to have been initially built during the seventh and eighth centuries BCE, and was in continual, frequent use through the 12th century. Based on the church found on the fifth and lowest level, it seems the population was Christian, and probably used the city during wartime. The city was also used as a refuge from the Mongolian invasion in the 1300s and up through the 20th century for Christian people fleeing persecution. It was finally abandoned for good in 1923.

Most of Derinkuyu’s entrances are hidden, and each of the five levels can be closed off separately with huge stone doors. The room for livestock and food stores, as well as a 55-meter shaft used as a well, means the inhabitants planned to be able to stay there for a long time. There were even arsenals and escape passages in case things became desperate. 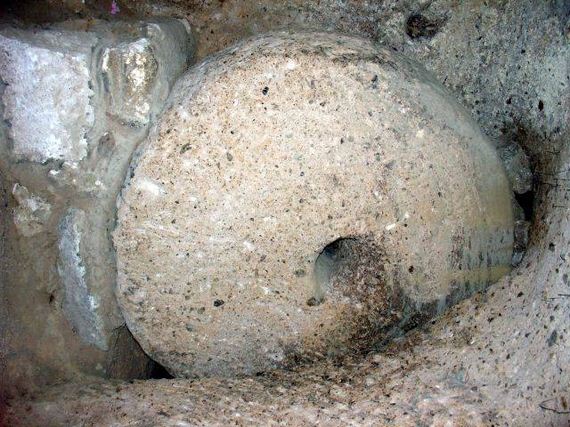 One of the massive stone doors that would block off entrances. The hole in the center would be fit with a beam so the door could roll open and shut. 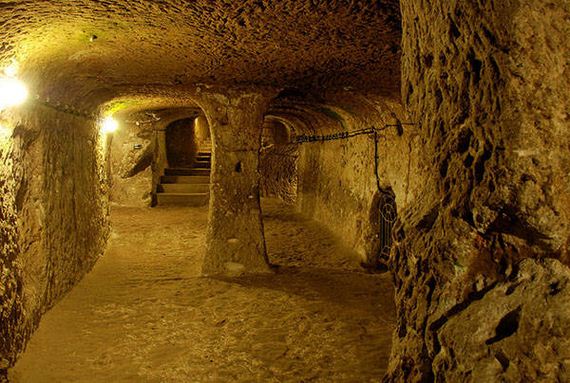 The city was built to shelter people in times of strife. During peacetime, it was mainly used for storage.

When the city was rediscovered by that fateful renovation, it had almost been forgotten. Since then, it’s gained fame as the largest of the underground cities in the area.

After its rediscovery, the city opened to tourists in 1969. Today, about half the city is available to the public. There’s no news about what happened to its accidental discoverer, though we hope he got a new house.