Sylvester Stallone made a name for himself by starring in the popular Rocky franchise as the main character and by portraying the iconic John Rambo ever since the 1980s. The 68 year old actor has also been the face of many products, including Japanese ham and Kirin beer. 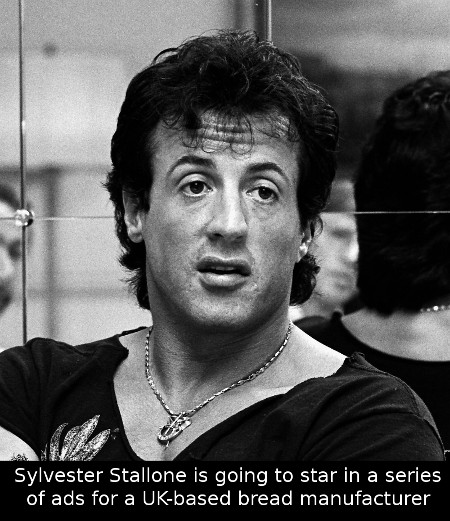 Stallone’s latest promotional campaign is for a UK-based bread manufacturer called Warburton’s. A promo picture showing Stallone as part of the new ad was leaked on the web. In the picture the actor is wearing military gear in orange and black and is standing in front of several delivery trucks branded with the Warburton’s logo. Filming took part in the UK earlier this January and the adverts are set to air on TV later in 2015. Stallone is currently back in Philadelphia, US, and is filming Creed, the latest installment of the iconic Rocky Balboa series, which is set to come out in 2016.
Stallone has also lent his voice to the production of Animal Crackers – an animated family movie, which will star Ian McKellen, Danny DeVito and Raven-Symone. It’s also set to hit cinemas in 2016.