In December 2014 Madonna unexpectedly made headlines after her 13th studio album was leaked on the internet. A total of 13 demo versions of her upcoming songs were released on the web. The shocked singer, who will turn 57 later this year, stated that she felt violated and she asked her fans not to listen to the demo versions. She also released 6 songs shortly after the incident as an “early Christmas present” for her fan base. 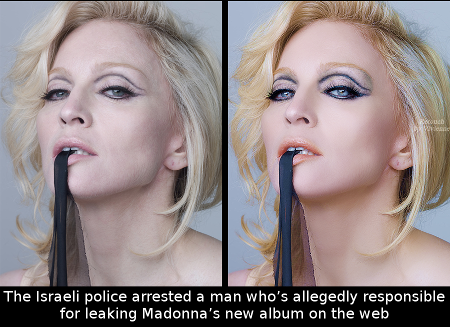 In January, Israeli police arrested a 38 year old man in relation to the theft. The police claim that the man, identified as Adi Lederman, hacked his way into the systems of various recording studios and artists. Lederman is an ex-contestant from A Star Is Born – the Israeli equivalent of X Factor.
Madonna is the only artist so far confirmed to have been a victim of the theft. She stated that she was extremely grateful to the Israeli police, the FBI and everybody, who has contributed in some way to Lederman’s arrest. The singer also revealed that her album will come out in March and that most of the leaked demos won’t make the cut. The rest of them have reportedly been transformed and changed so that they would sound different than the leaked versions.