Due to the fast-paced nature of American politics, presidents and other elected officials are expected to comment on important events within moments after they happen. It’s almost as if a historical moment is not really part of history unless someone on Capitol Hill makes a speech about it.

However, because we can never truly predict the outcome of such events, speech writers often write two speeches; one is written for victory, and one in the case of tragedy. None of the speeches had to be given, but they give us a creepy look at an alternate reality where something else happened instead of what really existed. 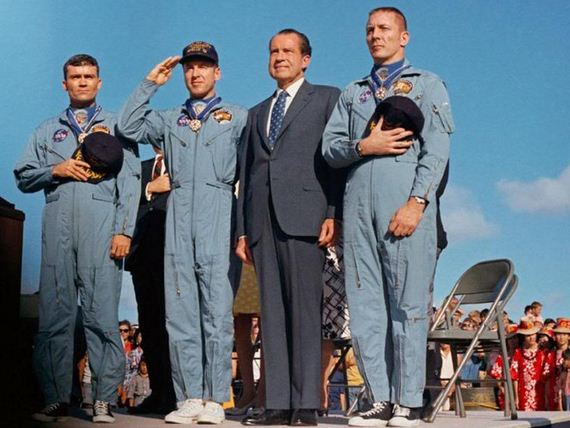 Before 1969, it was pretty much science fiction to think we could land someone on the moon. That’s why Nixon, always the optimist, had this speech prepared for when the astronauts of Apollo 11 inevitably crashed and burned in the smoldering heat of reality (they didn’t).

Fate has ordained that the men who went to the moon to explore in peace will stay on the moon to rest in peace.

These brave men, Neil Armstrong and Edwin Aldrin, know that there is no hope for their recovery. But they also know that there is hope for mankind in their sacrifice.These two men are laying down their lives in mankind’s most noble goal: the search for truth and understanding.

In ancient days, men looked at stars and saw their heroes in the constellations. In modern times, we do much the same, but our heroes are epic men of flesh and blood.

Others will follow, and surely find their way home. Man’s search will not be denied. But these men were the first, and they will remain the foremost in our hearts.

For every human being who looks up at the moon in the nights to come will know that there is some corner of another world that is forever mankind.

Eisenhower Apologizing For The Tactical Failure Of D-Day. 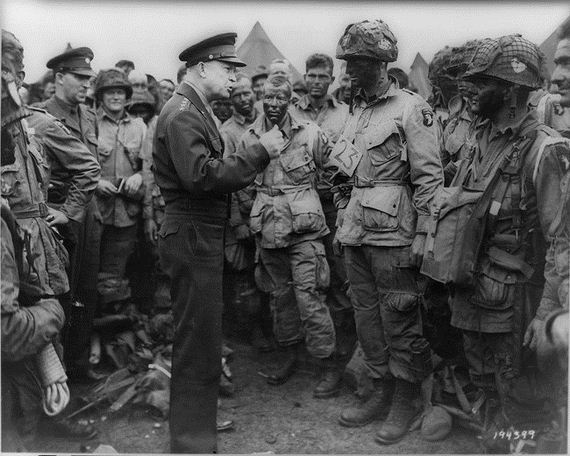 Some historians claim the Normandy landings on D-Day were the turning point of the 20th century. It was an insanely daring move for the Americans, however, and General Dwight D. Eisenhower was aware of this. Despite “Danger” being his middle name (not really), the president wrote this speech in case D-Day was a total bust and the Nazis reclaimed the beaches.

Our landings in the Cherbourg-Havre area have failed to gain a satisfactory foothold and I have withdrawn the troops. My decision to attack at this time and place was based on the best information available. The troops, the air and the Navy did all that bravery and devotion to duty could do.

If any blame or fault attaches to the attempt, it is mine alone.

Lincoln Loses The Presidency, Make Last-Ditch Effort To Save The Union. 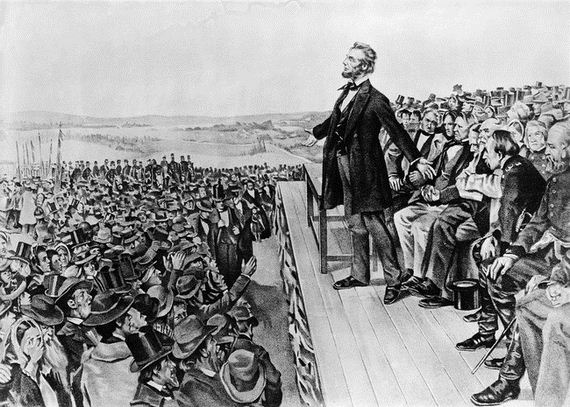 Though there was little mention of it in the recent Spielberg flick, Abraham Lincoln feared he was going to lose the election to his former general, George B. McClellan, before the Union had a chance to win the Civil War. In case that happened, Lincoln wrote a speech that wasn’t a concession so much as a declaration of a vengeful hail-mary move to save the Union. Most of the actual words have been lost, but in the speech, Lincoln declares that he is the only hope for this country, and that should he lose the election:

The City (Richmond) it must be destroyed and Jeff. Davis and Cabinet killed. 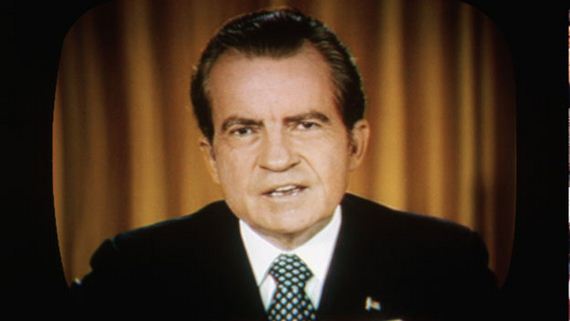 After Watergate, it seemed Nixon’s only choice was to resign from the presidency. Yet Nixon’s famous resignation speech was originally Option B. Option A was to force Congress to carry out the long, grueling impeachment process, just to be super-passive aggressive about everything. No one knows what actually changed his mind, but here was what Nixon was going to say instead:

If I were to resign, it would spare the country additional months consumed with the ordeal of a Presidential impeachment and trial.

But it would leave unresolved the questions that have already cost the country so much in anguish, division and uncertainty. More important, it would leave a permanent crack in our Constitutional structure: it would establish the principle that under pressure, a President could be removed from office by means short of those provided by the Constitution. By establishing that principle, it would invite such pressures on every future President who might, for whatever reason, fall into a period of unpopularity…

Eisenhower and Arthur Godfrey Explain To Us That The World Is Ending, But Everything Is Cool. 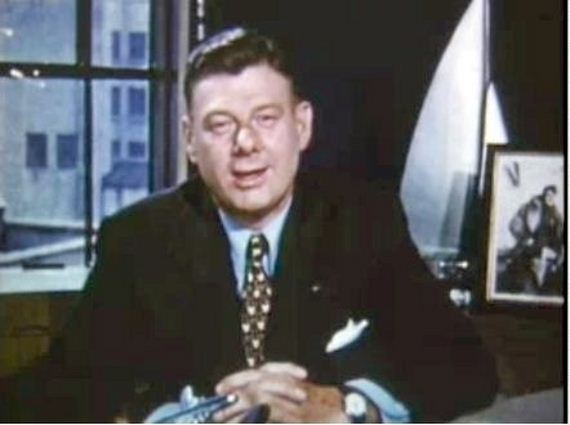 In the event that America was to come under nuclear fire, a prerecorded PSA was to be transmitted from the Mount Wether doomsday hideaway in the Blue Ridge Mountains. The message would be from President Dwight D. Eisenhower, but also strangely enough from the spokesperson for Chesterfield cigarettes, Arthur Godfrey.

The two men were to assure the people who had not exploded yet that the government was still intact (probably not, though) and presumably that they could always rely on the smooth taste of Chesterfield cigs. 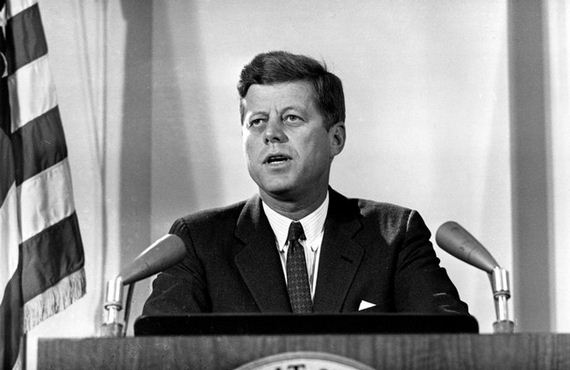 America’s reaction to Cuba harboring Soviet nuclear weapons was a naval blockade and a severe embargo (one that only now, 53 years later, is in the process of being lowered). The other option proposed by Kennedy’s cabinet was to bomb Cuba to hell. Thankfully, this speech announcing military action in Cuba was never given. Historians feel if it were, there might have been a chance World War III would have broken out.

My fellow Americans, with a heavy heart, and in necessary fulfillment of my oath of office, I have ordered — and the United States Air Force has now carried out — military operations with conventional weapons only, to remove a major nuclear weapons build-up from the soil of Cuba. 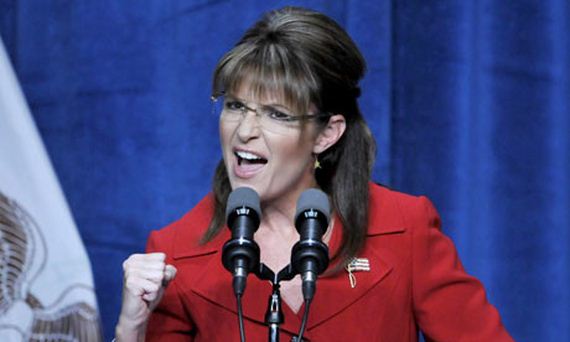 Politics aside, the McCain/Palin ticket of 2008 was probably one of worst-run campaigns of the 2000s. While McCain’s experience and willingness to work with both sides of the aisle made him an intriguing candidate, his running mate, Sarah Palin, was a divisive choice for VP, even amongst Republicans. Here’s what Palin would have said if she and McCain won on November 4, 2008.

As for my own family, well, it’s been quite a journey these past 69 days. We were ready, in defeat, to return to a place and a life we love. And I said to my husband Todd that it’s not a step down when he’s no longer Alaska’s ‘First Dude.’ He will now be the first guy ever to become the ‘Second Dude.’ 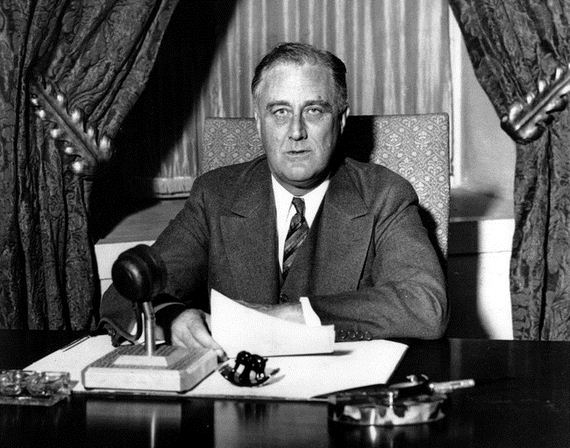 On April 12, 1945, Franklin D. Roosevelt was primed to give a speech for Jefferson Day, honoring our third president. Unfortunately, he felt a pain in his back during lunch and suddenly collapsed. He never gave the beautiful speech that was supposed to be broadcasted nationally. These might have been his last words:

Let me assure you that my hand is the steadier for the work that is to be done, that I move more firmly into the task, knowing that you—millions and millions of you—are joined with me in the resolve to make this work endure.

The work, my friends, is peace, more than an end of this war—an end to the beginning of all wars, yes, an end, forever, to this impractical, unrealistic settlement of the differences between governments by the mass killing of peoples.

The only limit to our realization of tomorrow will be our doubts of today. Let us move forward with strong and active faith.

Can you imagine an alternate timeline where Nixon was forcibly ejected from the White House, Kennedy went to war with Cuba, and the confederacy became its own country due to the lack of leadership from President McClellan? If this were the case, we’d all probably receive a message from Chesterfield’s own, Arthur Godfrey, telling us the world was indeed going to end.