We may never walk among the dinosaurs like in Jurassic Park, but we can apparently walk with creatures that actually met the ancient monsters.

A Chinese park ranger recently captured a huge salamander that roamed the planet 170 million years ago. The creature, essentially a living fossil, might be big for a salamander, but keep in mind how he once shared the planet with the Jurassic giants.

A park ranger named Mr. Xiao found one of the world’s oldest species while picking winkles by his home in Heyuan City. If it looks ugly, it’s because it hasn’t changed much since the Jurassic period, 170 million years ago. 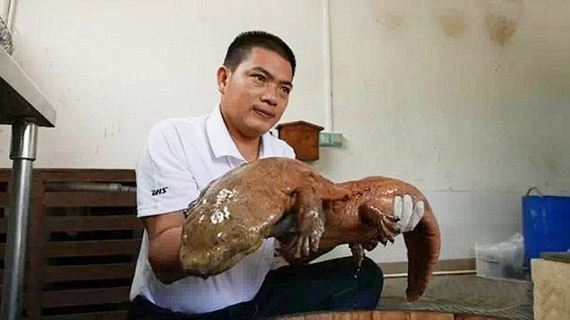 The salamander is about 2 feet and 9 inches long, weighing close to 12 pounds. In the past, these creatures could grow up to 5 feet long and 110 pounds. However, due to destruction of their habitat, they are now considerably smaller. 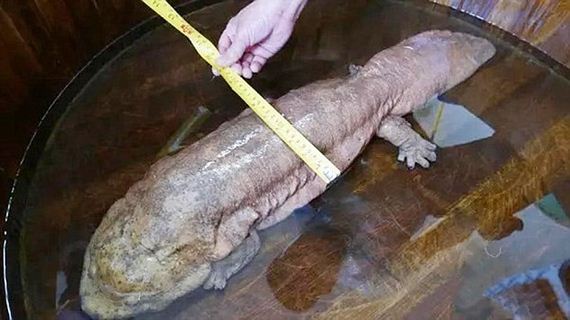 You could basically box these things back in the day.

The giant Chinese salamander is on the endangered Red List, but is still considered a delicacy amongst the Chinese elite. The government recently cracked down on this, and eating one of these creatures could put you in jail for ten years. 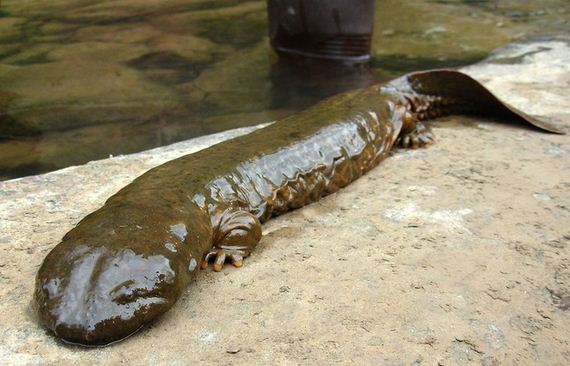 That slimy skin and turd-like coloring looks so delectable!

Ancient Chinese tradition holds that these salamanders have anti-aging properties, as they have been around for so long. They are sometimes known “wa wa yo” or “baby fish” for their cry that supposedly sounds like a human baby. 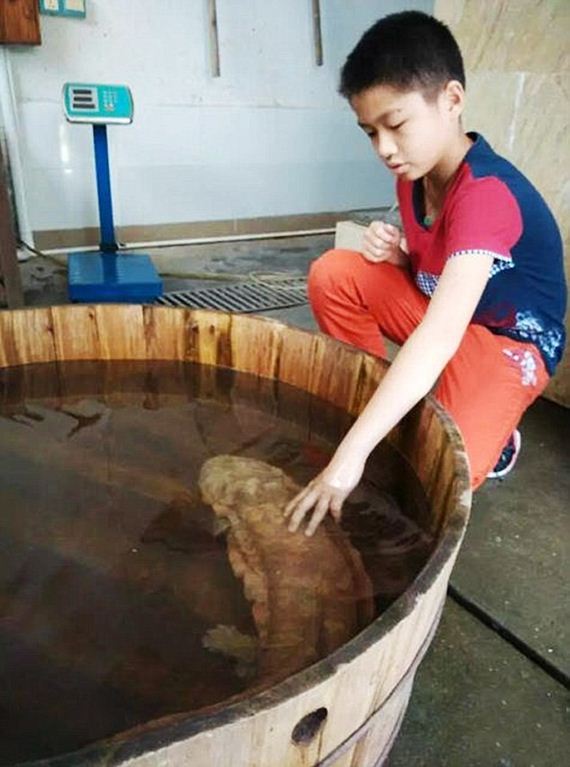 And you thought baby talk was creepy…

Perhaps it’s good that the only thing that survived from 170 million years ago was a slimy, turkey-sized lizard. Still, when and if a real Jurassic Park opens, I’ll be the first one in line (and hopefully not the first one eaten).