We have enough to worry about in this world with collapsing economies, terrorists, and even dolls. But, I’m sorry to say, there is another member of this axis of evil we should be worrying about—sinkholes.
You may think this is merely a problem only cartoon coyotes have to deal with, but this is actually a huge issue in our country, with several hundred sinkholes occurring every year. (And that’s not counting the sinkholes occurring all over the world.)
The scariest part is that at any moment, you could suddenly slip into the underworld.

“Cover collapse” sinkholes occur when groundwater forms gaps underground that grow large enough that the surface can no longer support them. Once that happens, goodbye house! 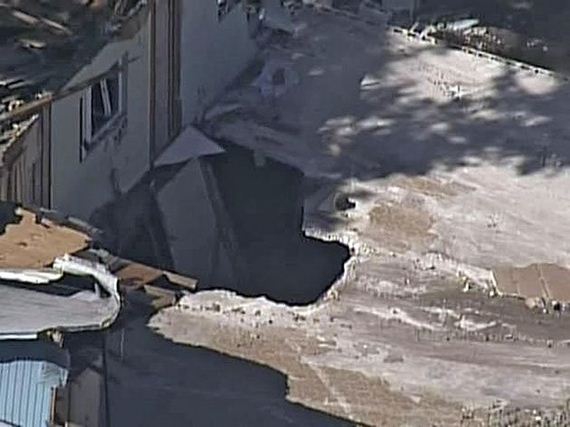 There are two other types of sinkholes, “solution” and “subsidence,” but they happen so slowly they barely cause any real destruction. Those holes are weak. Laugh at their weakness.

People who live above sinkholes can live oblivious to their existence for quite some time before the earth claims their home. 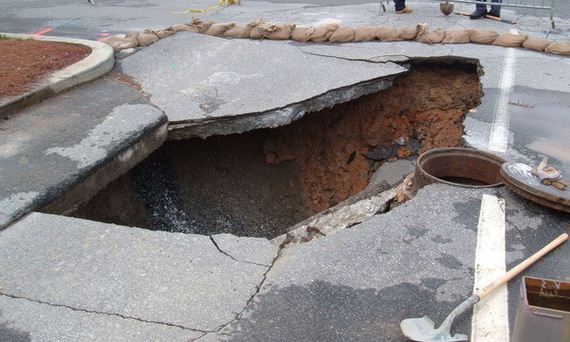 Presumably it will happen when you’re already having a bad day. “At least it can’t get any worse,” you’ll say. Then…

The entire state of Florida is especially susceptible to sinkholes, as it sits on a bed of limestone, which can easily dissolve in groundwater. 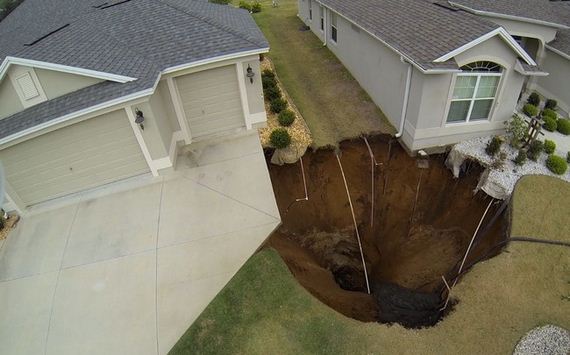 Other states that need to watch out for them are Texas, Kentucky, Alabama, Missouri, Tennessee, and Pennsylvania. 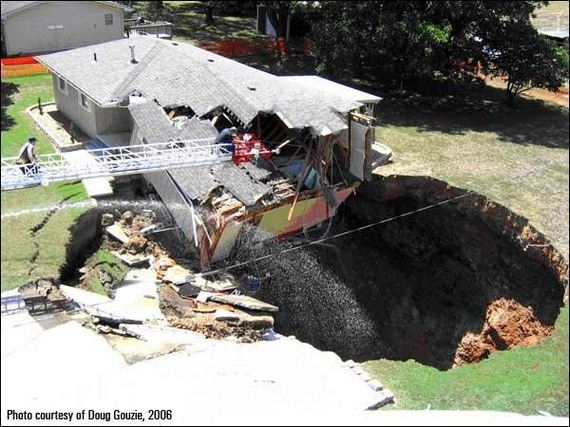 Humans can cause sinkholes through drilling, mining and even constructing buildings. If it changes the way water drains, it could potentially make a hole. 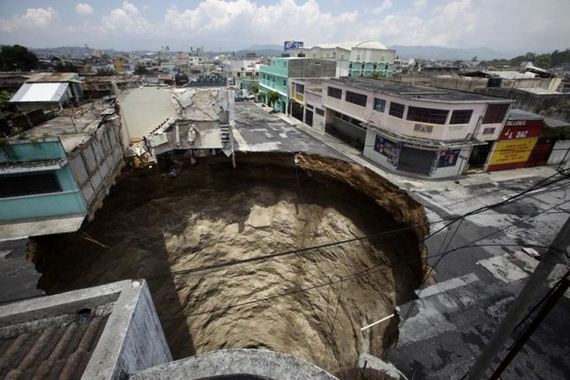 This 100 ft deep sinkhole in Guatemala City was caused by poor sewer drainage. Remember that next time you’re complaining about underground construction in your neighborhood.

Obvious signs that your place may be caught in a sinkhole are slumping and sagging, but another, more subtle sign is if your windows and doors don’t close properly. 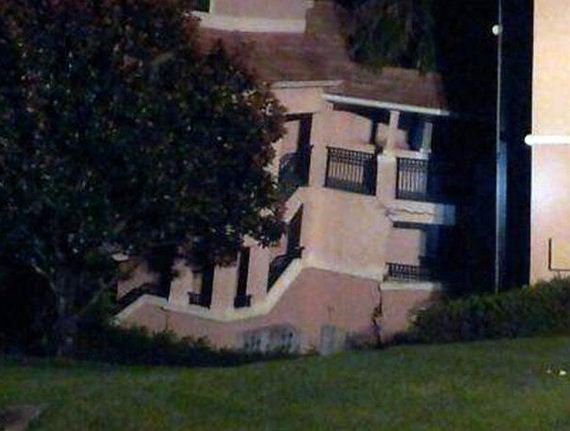 I never close my windows properly, but I think that might just be because I’m weak and lazy.

Hurricanes, of course, ruin a lot of things, but they also can also increase the chances that a sinkhole will collapse. 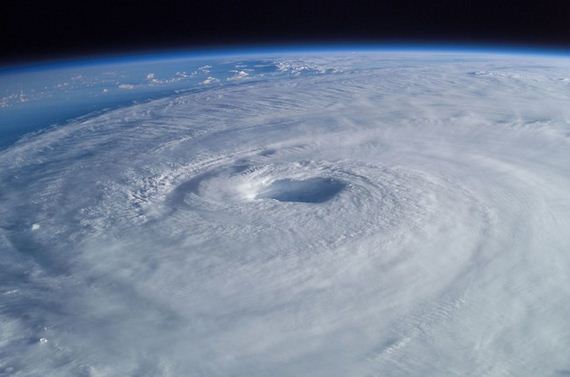 Sinkholes can be stopped! If caught early, they can be filled in with grout and keep things solid. 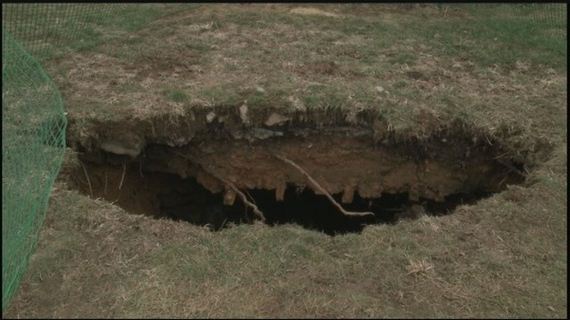 Kinda like what the dentist does when you have a cavity, although way less painful.

Sinkholes have killed people. Recently, a Florida man named Jeff Bush collapsed into a sink hole that formed in his bedroom. His body was never found. 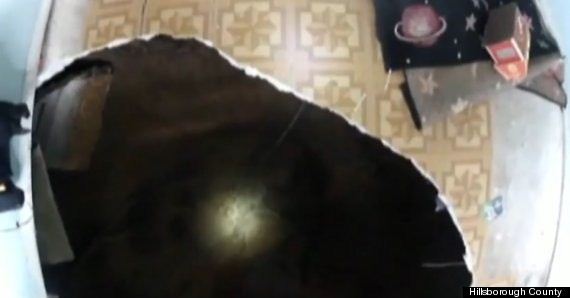 I will now never sleep again. Thank you.

I guess after years of digging up its surface, the earth must take its revenge somehow. This planet is going to be full of holes and there is little we can do about it.