Making you suffer from flatulence probably has to be one of the nastiest things your body can do to you. This woman didn’t ask for severe gas, but she has it and it is ruining her life. 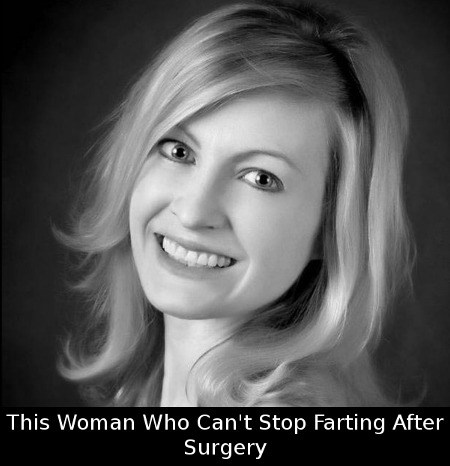 Amy Herbst, a former opera singer, filed a lawsuit against a hospital in Kentucky and the federal government after an unfortunate event caused her to say goodbye to her career. The mezzo-soprano and her husband, a former soldier in the US army, were expecting their first baby in 2012. During the birth, Amy’s nurse had to perform an episiotomy in order to expand her birth opening. The nurse performed the minor surgery without asking for permission from Amy or her husband. Shortly after Amy bore her child, the doctors at the hospital tried to repair the minor incision the nurse had made, but they didn’t succeed. The open incision caused Amy to fill up with gas and fart non-stop. Thanks to her condition, she had to quit her career as a singer and face severe flatulence and embarrassment for the rest of her life.
Amy and her husband filed the lawsuit in January 2014 and are seeking $2.5 million from the hospital and the government.