If you take a walk on the beaches of Northern California, Washington, or Oregon, you might notice something a bit off. Right now, the shorelines in these states are being carpeted in bright blue and purple, balloon-like objects. They’re not litter or evidence of some horrible balloon accident — they’re actually jellyfish! 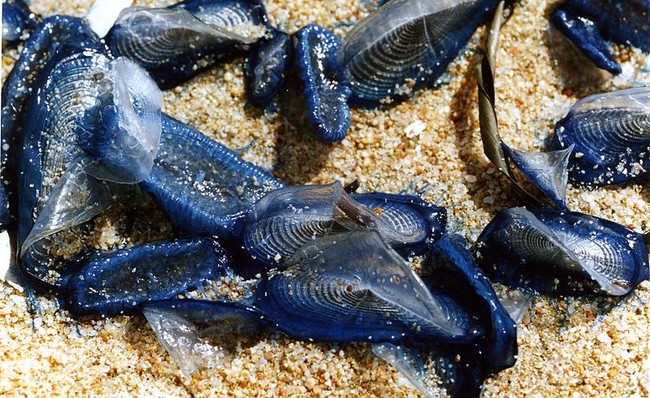 According to Monterey Peninsula College marine biologist Kevin Raskoff, the jellies began washing ashore in the last several weeks. Usually found in the open ocean, the Velella velella —or by-the-wind-sailor jellyfish — have been deposited on the shore by winds and currents. This isn’t unusual, though; Raskoff estimates that this happens about every three to six years, and can happen anywhere in the world. It’s more common in the Pacific Northwest, and mostly occurs during springtime when it does happen. 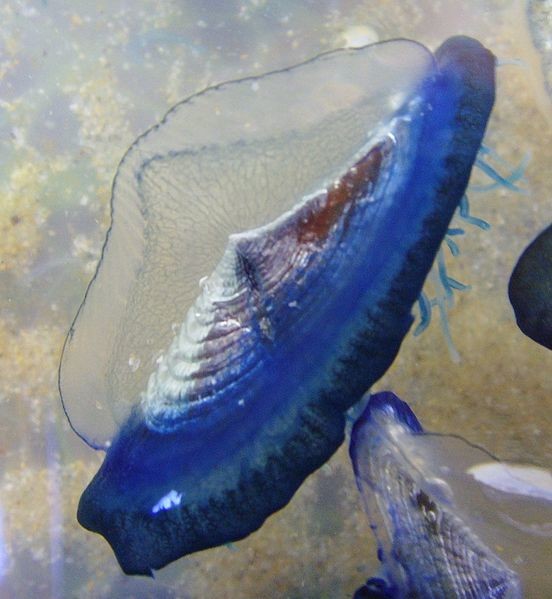 The jellies are known as by-the-wind-sailors because they move by “sailing” with the rigid, triangular fin on their backs. This lets them ride on water and wind currents. Other names include little sail, purple sail, and sea raft. 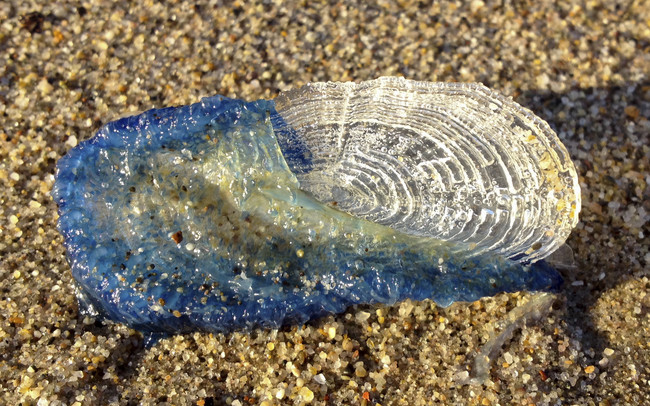 On the beach, the bright blue creatures die in the air, and leave what looks like a mass of translucent blue plastic chips on the sand. 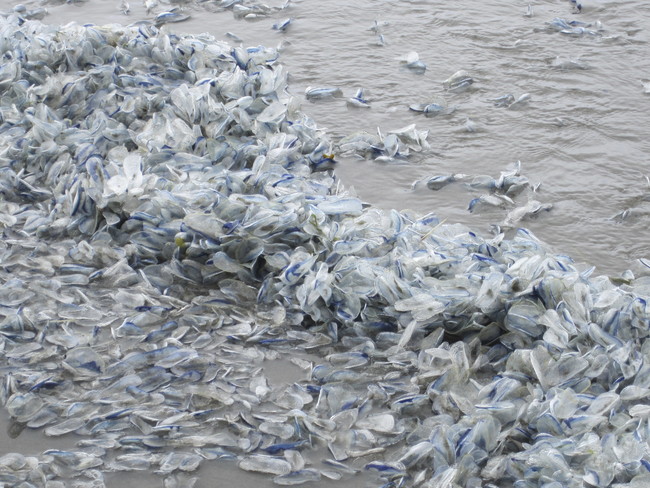 Technically, Velella aren’t actually jellyfish — they’re hydrozoans, although they are related. Like jellyfish, they hunt microscopic plankton using venom. Besides the fact that collecting marine life is illegal in California without a permit, these little guys do sting quite a bit. The venom is relatively mild and usually doesn’t cause pain to the fingers, but eyes or other sensitive areas will be in for a nasty shock. 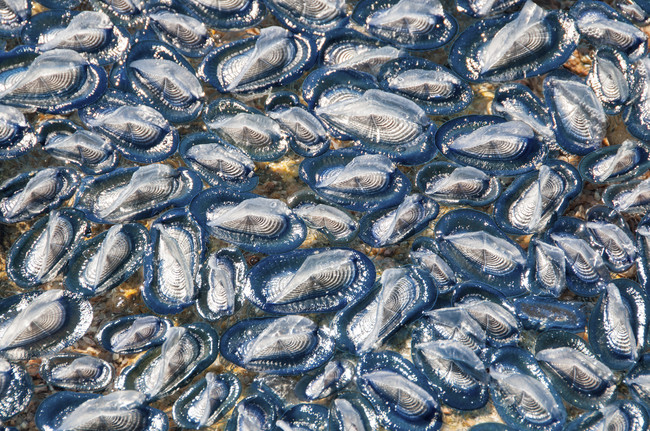 Velella are what’s known as a cosmopolitan creature, meaning they can be found anywhere in the world, floating on the very surface of the world’s oceans. Humans and cats are also cosmopolitan! 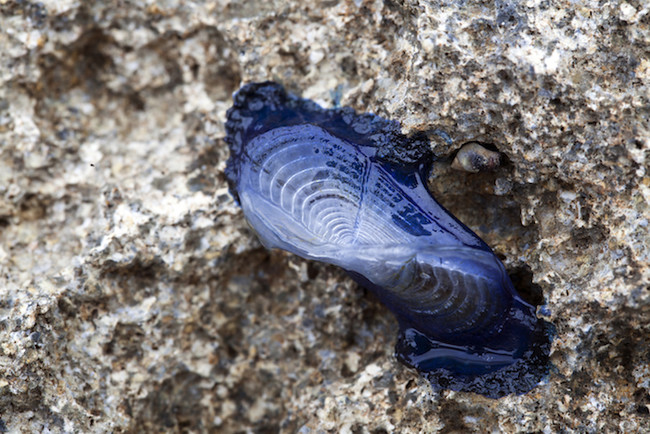 Velella reproduce asexually, and a colony can produce thousands of babies (called medusae) in a few weeks. 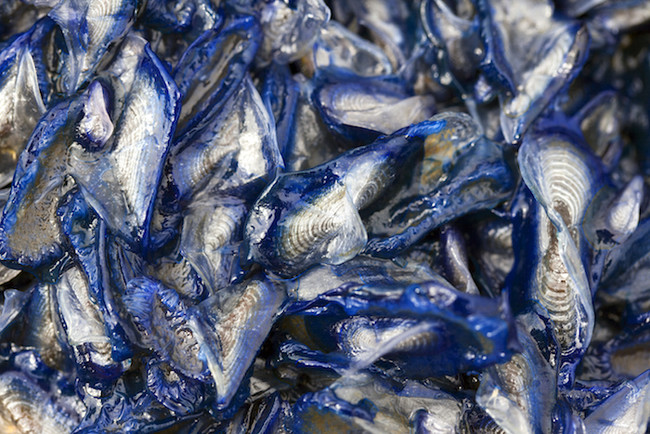 It’s estimated that about a billion of these animals have washed ashore on the western coasts of the U.S. and Canada. That seems like a lot, but it means that even more are continuing their journey through our oceans. If you’re on the West Coast, you might see them, but don’t touch them!