In every pirate movie, the most pivotal part of the story is when the heroes find a crinkly treasure map. This signifies the start of an adventure.

One can only imagine what this Tampa man thought when he found a box at his grandparents’ house containing not only an old treasure map, but also Spanish coins and, most terrifyingly of all, a skeleton hand with a cryptic ring on its finger.

Mike Lopez hesitantly opened this box of mystery, and was shocked to find what appeared to be a human hand. The hand rests just below a picture of his great-grandparents, who he presumes once owned the box. 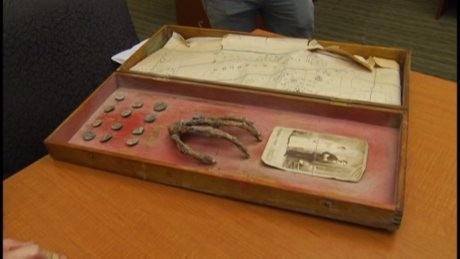 The curator of the Tampa History Center took a look at the box and found the coins to be a bit odd, as they appear to be Spanish doubloons, but are little too thin to be counted as real currency. 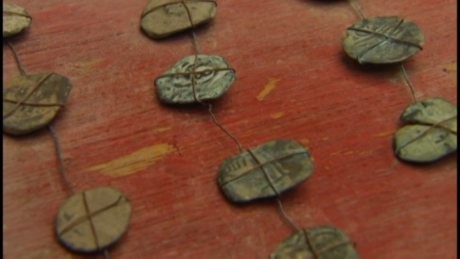 The curator said that the parchment included in the top section is either a blueprint or a map, and that it is potentially a copy of a much older document. 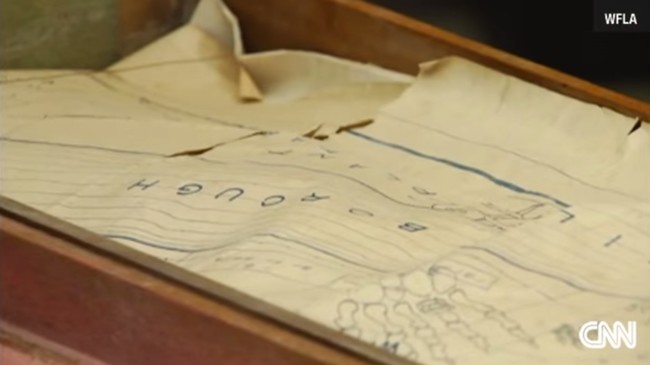 As for the hand, experts aren’t so sure about whose hand this is, or if it’s even human. The ring adds another level of intrigue, as its origins can’t yet be determined. 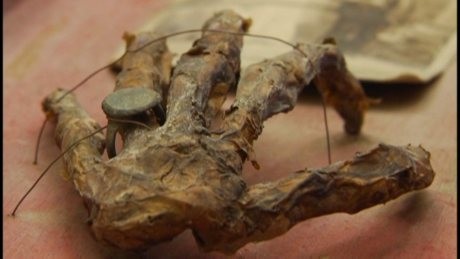