The Yankees’ $211 million payroll just took a huge blow when the team was forced to cut a check to minor leaguer Jake Hernandez.

On Thursday, Jake Hernandez tweeted out a photo of a recent paycheck. The total: a whopping $0.75. Yes, 75 cents. The tweet has since been deleted, but the internet never forgets. 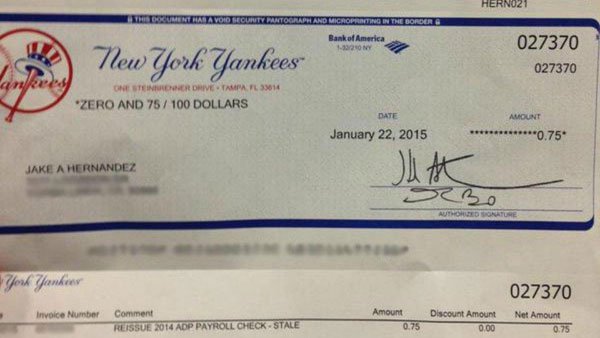 I have no idea what the $0.75 covers. Hopefully it’s the pro-rated portion of … something. Five seconds of Instructional League workouts, maybe.