Home » Weird And Mysterious Satellite Photos That Nobody Can Explain Yet

In the past 60 years, roughly 7,900 manmade satellites have been launched. True, less than half are currently operational, but what that means is that there are over 1700 operational artificial satellites looking down on our planet. So what are those satellites doing?

Mostly, they’re used to facilitate communication, and they’re largely for commercial use. Militaries around the world use satellites too, of course.

The satellites are also observing the Earth. In fact, surveillance was the point of the first military satellites launched; they captured images using—believe it or not—film cameras.

Nowadays, if a satellite takes a picture of the Earth, it is usually pretty darn clear what is in the image. However, that’s not always the case, and there have been images of the Earth captured that just haven’t been explained yet—at least not fully explained. 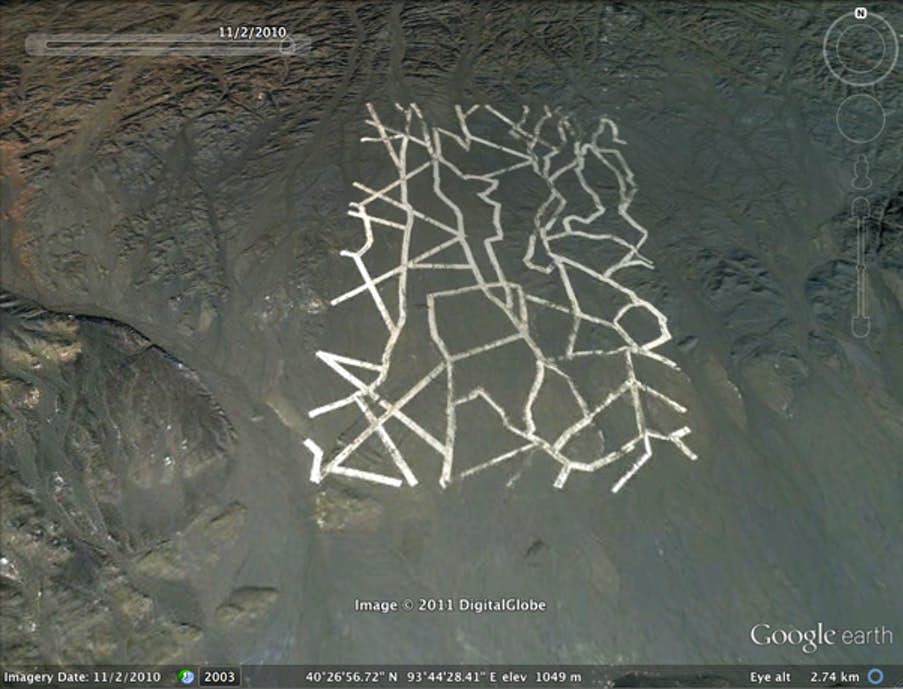 Let’s start with one satellite image that has more-or-less been explained, although maybe not fully.

Located in the Gobi Desert, which is found in the north and northwestern portions of China as well as a portion of Mongolia, are strange structures that were found by find a satellite used by Google Maps in about 2011 or so. The white lines intersecting at strange angles and zigzagging led to a lot of speculation. Burned cars and planes nearby led to further speculation of a malevolent military purpose to the lines.

We don’t know if the purpose is truly malevolent, but the lines are purportedly nothing more than manmade structures created for the purpose of orientating Chinese satellites. Of course, China isn’t exactly known as a country for being totally forthcoming, so we can’t be one hundred percent sure that we’re correct.

2. The Snow Saddle of Nepal 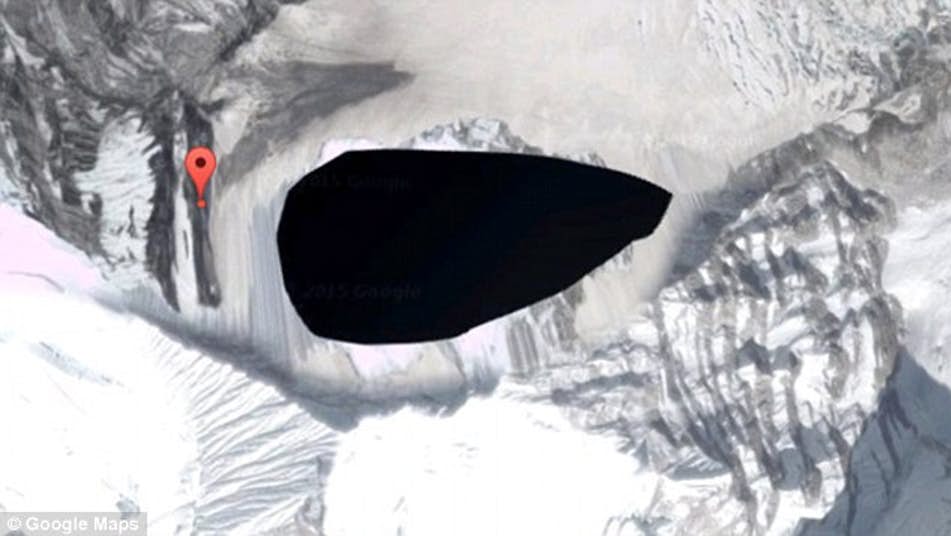 Located in Nepal’s Himalayas is one of the Earth’s tallest mountains, Kangtega. Also referred to as the “Snow Saddle”, the mountain is known primarily for the fact it can’t be viewed on Google Maps. The site is blacked out. Why?
Well, no one really knows for sure.

There are a number of reasons why Google might blur or black out an area. For example, there is a high-security prison in Ireland that is blurred in order to prevent the escape of prisoners. In Holland, there is an air force base used for United States’ nuclear bombs; that air base has been blocked from view.

In regard to The Snow Saddle, it is highly likely that Kangtega being blurred is as a result of a dispute between Nepal and China. Of course, it could just be because of the weather conditions on the very tall mountain.